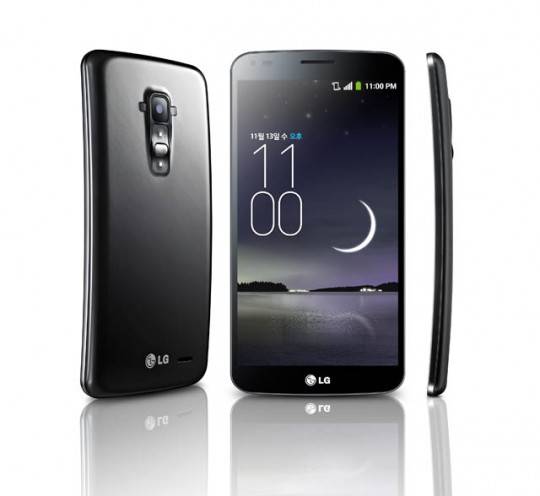 The LG G Flex is getting ready for an international launch, with invitations to the event being sent out now. Currently only available in South Korea, the G Flex is a bit expensive at $950 or so, and we’ll be interested to see the final retail cost when it’s launched internationally. The December third event in Hong Kong should give complete details, even carrier support.

It’s believed the G Flex will launch on AT&T, T-Mobile, and Sprint. That leaves Verizon as the lone domestic holdout, though we’d be curious to know why. Verizon has a relationship with LG already, carrying a few devices, including the G2. If not available at launch, we’ll look for a exclusive color or variation for Verizon later on.

Devices like the G Flex and Samsung Galaxy Round are currently considered niche devices, but the G Flex doesn’t seem as novel as the Round. Its self healing back and flexible form factor seems to make for a good real-world use case, but the curve still confounds most. It’s no more resistant to breaks than any other device, so the structure offers no additional resiliency. The self healing back is nice, but that’s the least of concerns when buying a smartphone.

For now, we’ll be interested to see what the launch event has in store for us. The G Flex has a Snapdragon 800, as well as a host of other top-tier features, so we would like to think it will come at the same price point as other devices. Then again, it is a new device in just about every way, which requires new manufacturing techniques.