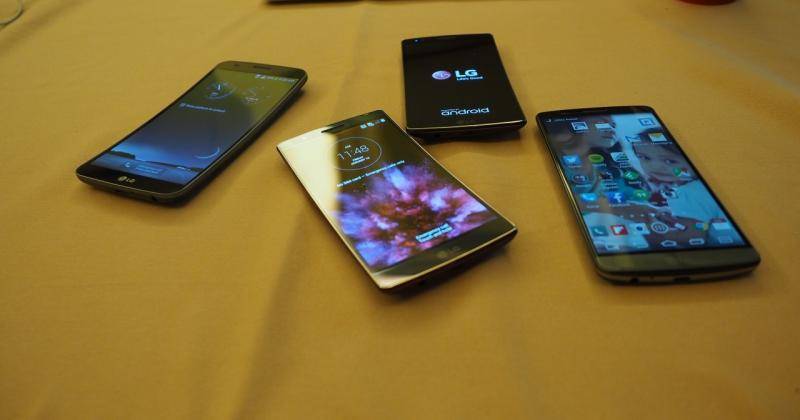 The rumors are indeed true and LG hasn’t given up yet on its curved dreams. A year after the original G Flex, the Korean manufacturer is now revealing the G Flex 2 at CES 2015, with even more curves and more things to flaunt. Fans of the first curved generation might also be pleased to hear that this time around, LG isn’t cutting corners. It is bringing almost everything that you can like about the G3 in this curved smartphone. Well, almost everything.

One of the biggest complaints about the first G Flex was, ironically, the display. Despite all the marketing about the benefits of a curved smartphone, the device fell a bit short in pixel count, with the large 6.0-inch screen only sporting a 720p resolution. But not only is the G Flex 2’s display now smaller at 5.5 inches, it even has a higher Full HD resolution. Sadly not QHD like the G3. Combined with the P-OLED type that it has been singing about since the G Watch R, the G Flex 2 is touted to be one of the most precise and most durable LG display yet.

Inside, the G Flex 2 sports high end components, like the latest Qualcomm Snapdragon 810, the chip maker’s first octa-core and 64-bit high end SoC. Not only is this chip geared for performance, particularly of the multimedia kind, it also brings in tri-band carrier aggregation. RAM is at 2 GB, which is just sufficient, while internal storage is a bit on the low side, with 16 and 32 GB options. Luckily, the microSD card slot can hold up to 2 TB, should you happily own such a card. The G Flex 2 carries yet another feature first found in the G3: LG’s new laser auto-focus system. The 13 megapixel rear camera is guided by this laser beam in order to get the best shot, no matter the lighting condition.

The back of the device still carries that now iconic LG rear button controls, but it also has a new “Spin Hairline Pattern” to give it a literally polished look. Like the G Flex before it, that back cover features self-healing properties that removes light scratches after some time. And still on the rear, LG this time made the back curve a bit less, at a 650 mm radius compared to the display’s 700 mm radius curve. According to the company, this makes it easier to hold compared to its predecessor.

The LG G Flex 2 will launch first in Korea, available in Platinum Silver and Flamenco Red colors, at the end of January, with worldwide rollout to follow. Prices are still to be announced.