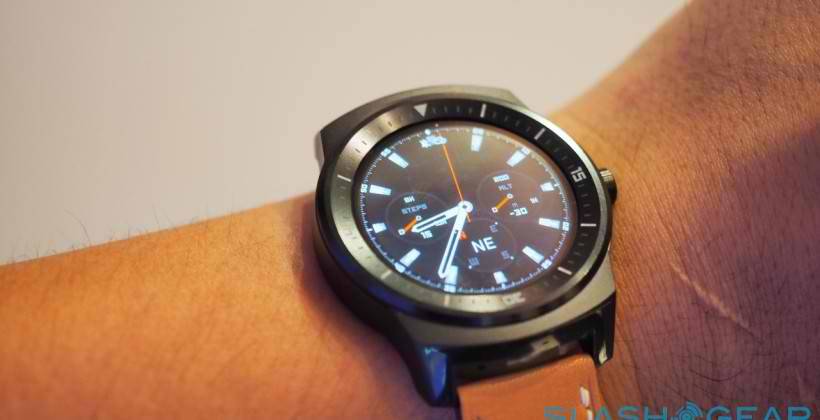 Motorola thought they had it in the bag with the first and only (so far, or so they thought) round-face smartwatch on the Android Wear platform with the Moto 360 (still yet to be released). But LG apparently had their ace in the bag when they announced their very own circular wearable with the LG G Watch R and this week at the IFA 2014 in Berlin, they finally displayed and made accessible the first smartwatch with a round P-OLED display.

We all thought that LG were temporarily done with Android Wear at least for this year when they released the LG G Watch. But apparently, they had been working on this round-faced baby for the past two years, even before Motorola announced they had one. According to Patrick Hong from the OEM’s product planning team, the first G Watch was just an experiment where they used a “neutral design” to play around with the essentials of the platform. But they’ve always known they needed to put out a round smartwatch as they knew consumers would hanker for it.

Our friends over at SlashGear very nicely did a hands-on with the LG G Watch R. Upon looking at it first, it looks more like the “traditional sports chronograph” compared to other Android Wear smartwatches. Inside, it’s almost the same as the G Watch, running on a 1.2GHz Snapdragon 400 processor with 512RAM. It also has 4GB internal storage which is the standard for most of these wearables. The G Watch R has Bluetooth connectivity, a 9-axis accelerometer, barometer microphone and of course it is waterproof as per the IP67 standard.

What makes it different of course is the 1.3-inch diameter POLED 320 x 320 touchscreen, which has 300 nits of brightness and 100% color gamut. It can also say it’s the only one with a pure circle screen since the Moto 360 has a notched screen. The LG G Watch R is a bit bigger due to the additional 2-3mm on each side for the waterproofing. The graphics and functionality are just like other Android Wear smartwatches, but just with a round-face, if you’d prefer that shape rather than the square ones. The LG G Watch R is headed your way sometime this October.