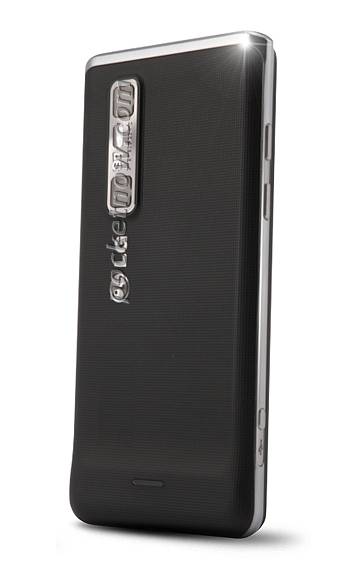 For those that thought the entire dual camera 3D idea for smartphones was just a fad and something that would quickly pass — maybe it wont. Apparently LG is preparing their next flagship 3D model to follow up their somewhat successful Optimus 3D. Reports are calling this smartphone the LG CX2 and we have a few press images too.

Lets start with the good details. Those are that LG has managed to make the entire device about 2mm thinner than the original. Making it just under 10mm in thickness and much skinnier then their rival — the HTC EVO 3D. The new LG CX2 will also get a boost in processor speed and rock a 1.2 GHz dual-core TI OMAP 4 series processor. Similar to the 1.0 GHz version on the original Optimus 3D. Now for the bad news — nothing else really appears to have changed.

According to leaks from PocketNow the new 3D capable smartphone will rock the same 4.3″ display although they do mention it to be LG’s NOVA technology but no details on resolution were shared. We are assuming 1280 x 800 like the recent Nitro HD and Spectrum for Verizon. The new device will still retain the 5 megapixel camera rating for both rear cameras — but the auto-stereoscopic features have supposedly been improved upon.

Next up it will still be glasses-free and come with LG’s suite of 3D catered applications and games. The last change is the new LG CX2 appears to also be rocking NFC for mobile payments, tagging, Google Wallet and all those other features that we are still waiting to fully emerge for NFC. I’m still not sold on the entire 3D in smartphones for capture — or playback — but hopefully LG can change my mind.