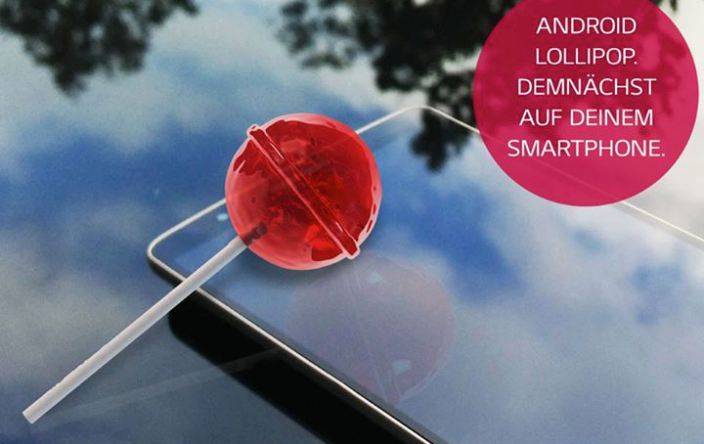 LG G3 and G2 owners can all now breathe a sigh of relief (if they were ever worried) as it has been confirmed that Android 5.0 or Lollipop as it will be more popularly known will be coming to said devices. The South Korean OEM is one of the last ones to announce that their flagship device was getting an upgrade, as anticipation for the rollout of the latest major update from Google is imminent. Samsung, HTC, Sony, ASUS and of course Nexus devices have all previously announced that they will be getting “Lollipop-ized”.

But while some of the devices will be getting the upgrade early next year, LG assured G3 owners that they will have the Lollipop on their devices by end of the year. This means that, aside from the Nexus of course, it will be one of the first flagship Android gadgets that will be upgraded to 5.0. The announcement was made on their German Facebook page, with the picture of an actual lollipop on top of the G3 (something which we would never advocate, unless you want a sticky screen).

The previous flagship, the LG G2, meanwhile will also be upgraded to the Lollipop, but the announcement says it “will follow”, which might mean early 2015. This is good news for those who thought the older device will be left behind in this latest development. But there is still no word if the other older ones will also get to the 5.0 level.

Android 5.0 Lollipop will be bringing major improvements to the smartphone’s performance, although we don’t know what specific to the LG G3. But platform-wise, it will bring 64-bit processor support, enhancements to the WiFi and Bluetooth connectivity, OpenGL ES 3.1 for better graphics, application of SELinux and of course, the Material Design that has been creeping on us from Google and other apps as well.