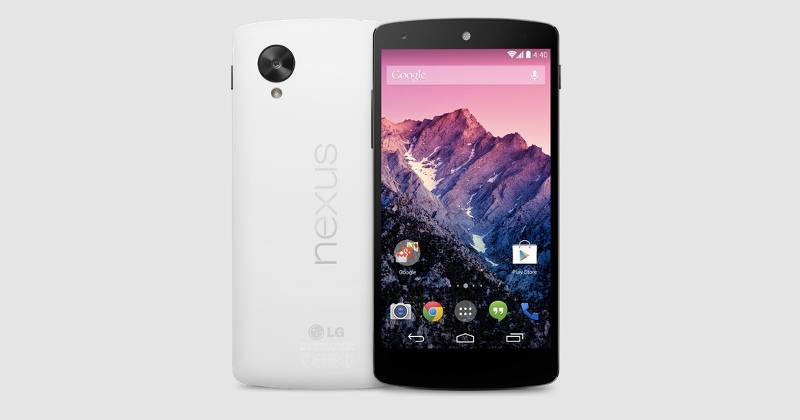 Google‘s next Android smartphone, be it a Nexus 6 or the rumored Android “Silver”, is still pretty much a mystery. What isn’t a mystery anymore is that LG won’t be making either of these. At least not yet and at lest according to LG Communications Director Ken Hong. His statements, however, like any good PR utterance, leaves many things open to speculation.

To put it simply, Hong says that Google hasn’t approached it yet about making the next Nexus device. Normally, it would have a few designs for selection by now, but so far Google has not approached the Korean manufacturer. Hong jokingly says it could either be that they just got ignored or that they won’t be making the Nexus 6 at all. But the message between the lines, or at least interpretations of it, could have less amusing implications.

It could mean that there won’t be a Nexus device anymore, which is what the rumors surrounding the Android Silver program seem to say. According to the rumors, Google will be trying to put its specially-branded Android devices in kiosk and stores to be manned by specially-trained employees. This is practically how Apple conducts its Apple Stores and Apple Genius program. While that could theoretically boost Android’s commercial image, at least the way Google would like to sell it, the Android fandom is worried that Google would take the platform towards a more exclusive path and put it under a tighter grip.

Regardless of whether it will be a Nexus 6 or Android Silver, it seems that LG is quite unfazed if it gets passed over. Despite how hot Nexus devices are with Android lovers, they just aren’t real money makers for the manufacturer. Google is the one that dictates how many Nexus devices are made, and for a huge company like LG, those numbers are just too few to be profitable. So if there were any supply shortage in the relatively successful Nexus 5, which the company also made, LG wants you to know that it’s not them, it’s Google.