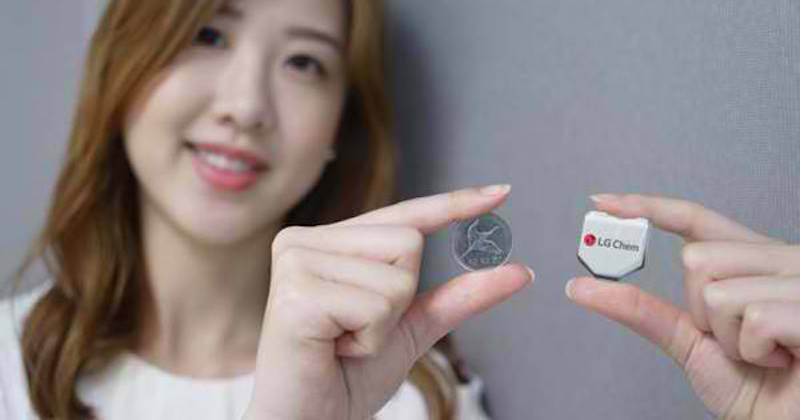 After South Korean giant Samsung announcing that it’s working on a new battery technology with double capacity, here comes its rival LG also with a new battery technology. This time though, LG Chem’s offering is a smaller battery that is ideal to be used on future smartwatches. This is LG’s entry into the relatively new industry of small batteries for wearables.

LG Chem, the chemical division of LG Electronics, is currently the 13th largest chemical company in the world today. It aims to be the top manufacturer of small batteries and its new product could make it big in the market. The company’s first offering is a set of Hexagon batteries they hope to mass produce before year 2015 ends.

A Hexagon battery is small enough to fit inside a smartwatch. It is ideal for round smartwatches because of the shape (six sides), offering more space and freedom in design compared to the square batteries currently being used. It may be small but it can pack up to 25% more battery capacity. We all know that battery life of smartwatches don’t last long enough because for one, the wearable technology is still young and a small battery can only pack so much power.

LG Chem aims to improve battery life and add about four more hours. The LG company has yet to put the Hexagon into production but it’s determined to mass produce the batteries this year. The circular design is high in demand now so LG is responding with this kind of battery technology. Smartwatches with circular display are much more preferred than rectangular ones. If you notice, the recent ones being introduced in the market are round-faced. Honestly, they are more attractive and more “wrist-watchy” type compared to a rectangular that looks like you have a small computer screen, if not a tiny smartphone on your wrist.

The Hexagon Batteries are considered as small-sized and LG Chem hopes to be ahead in the ‘Free Form Battery’ business. With this development, I don’t see why LG won’t be considered a pioneer. Why, the company is even working on a Stack & Folding method–another technology that “injects electrolytes after stacking anode material, separation film, and cathode material layer by layer”.

Plans for other battery technologies are underway and LG Chem will only continue to work on energy density, stable performance, and design of batteries that would greatly improve performance of any gadget.