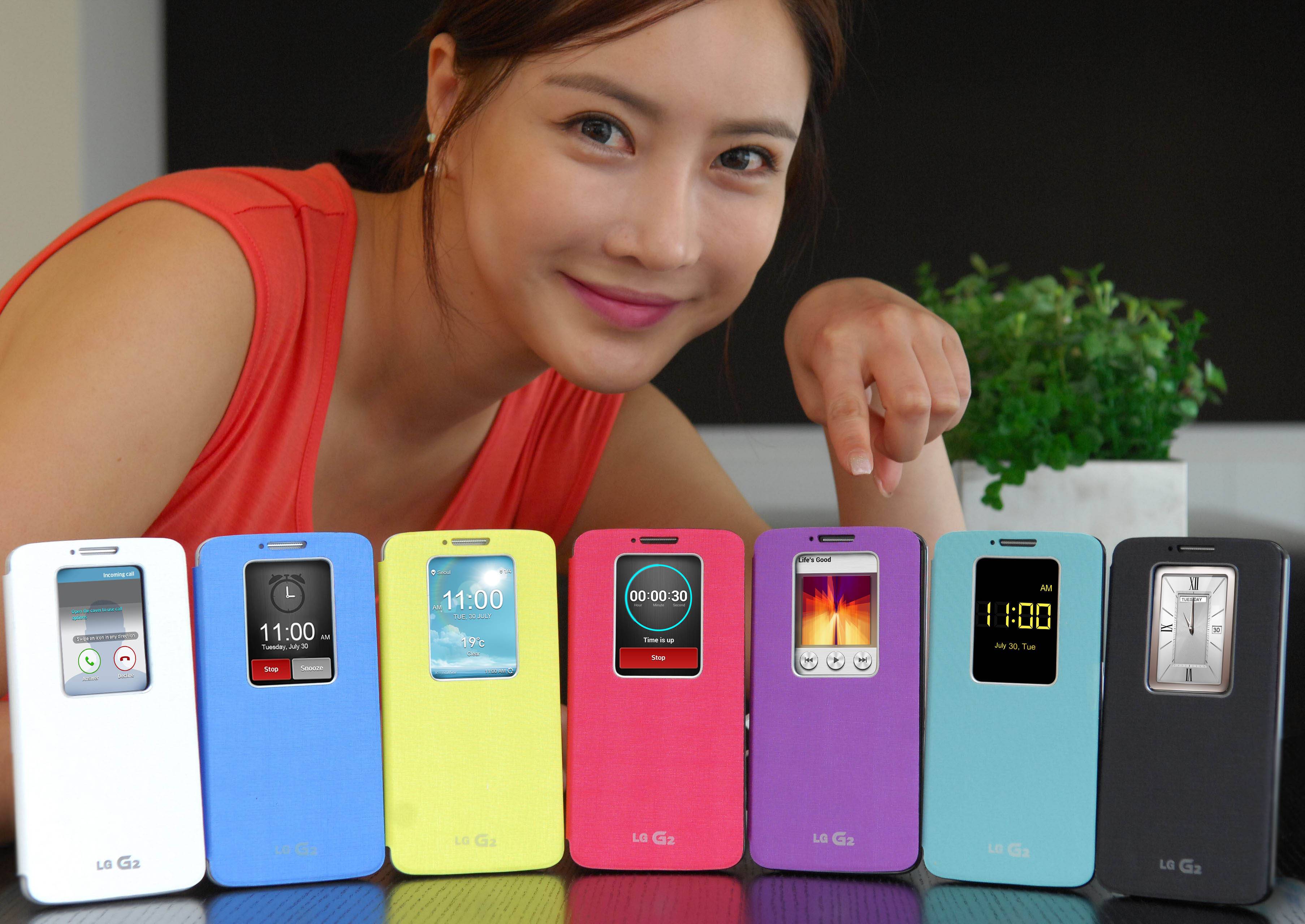 LG is revving up the marketing engine for its newest flagship smartphone, the LG G2, by announcing a new line of premium cases ahead of the release of the G2. As part of LG’s premium phone accessories lineup, the new cases are designed to not only be convenient and useful, but also aesthetically pleasing.

The “QuickWindow” cases come in seven different colors: white, blue, yellow, pink, purple, mint, and black. But what makes the case special is a “window” or opening on the cover which will allow users to take a quick glance at essential information without having to open the flap. A swipe of a finger brings up the QuickWindow UX which brings up information and controls such as weather, alarm, incoming phone calls, text messages, or media player.

LG President and CEO Jong-seok Park said in the announcement that the QuickWindow cases deliver “practical and stylish options while protecting the smartphone, which for many consumers is a significant investment.” And it indeed may be a wise investment for the G2, which is rumored to come with a Snapdragon 800 CPU, a 13 megapixel camera, 2 GB of RAM, and a 5.2-inch display. The case is part of LG’s lineup of premium accessories that also include headsets and portable chargers.

The QuickWindow will be made available at the same time as the G2, which is likely to be announced on August 7. However, the device itself might not hit the markets until around September or October, with plans for a global launch with 100 mobile carriers.

[UPDATE] Here is a video (in Korean) showing off the QuickWindow case.