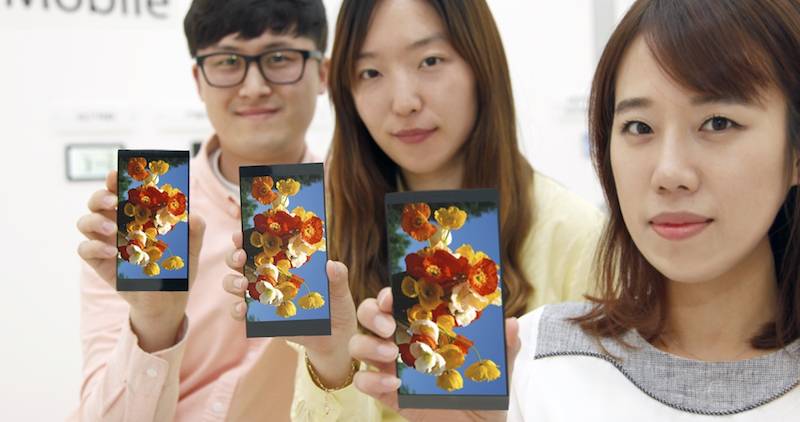 LG Display has recently introduced a new Quad High Definition LCD panel for smartphones. The QHD display impresses with a new color gamut, better contrast ratio, brightness, power consumption, and touch function. This is one is very thin and is currently in mass production. We’re assuming this 5.5-inch QHD LCD panel with IPS technology will be first used at the upcoming LG G4 because of the same display size and LG said it will be used on the “forthcoming flagship smartphone to be unveiled at the end of the month”. Loud and clear.

This QHD LCD panel boasts of more accurate and richer colors with 1,440 x 2,560 pixel resolution. That’s about four times better and higher than 720p resolution. For an improved touch sensitivity, there’s also the Advanced In-Cell Touch technology. AIT allows the touchscreen panel to respond to commands even when wet. Brightness has increased by 30 percent while contrast ratio by 50 percent higher. Some people may not notice the difference but such changes can make viewing under the sunlight or outdoors easier.

With the introduction of this new 5.5-inch QHD LCD panel, LG is proud to have received Intertek certification. The product safety testing and certification standard means the new display is very superior, thanks to the use of photo-alignment, high color gamut LED, and Advanced In-Cell Touch (AIT) technologies.

We’ll see how brighter, clearer, and more responsive this QHD LCD panel is when LG officially launches the new G4 this April 28.