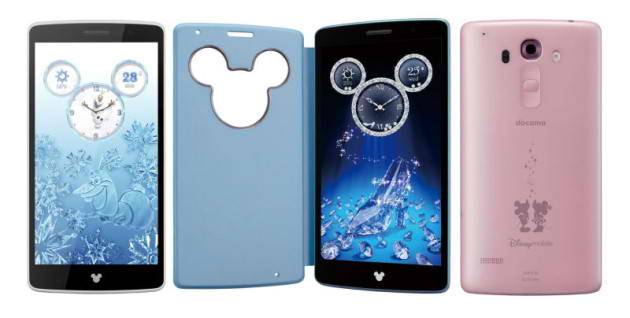 How big of a Disney fan would you have to be to willingly go and buy a smartphone that is obviously patterned after the “mousey” brand? Well, apparently, in Japan, that’s not even a question that needs to be asked. LG has announced they are coming out with a new line of Disney mobile phones that will be exclusive for Japan. Surprisingly though, the smartphone is unimaginatively called DM-01G, and for a brand that thrives on fantasy and dreams, clearly LG hasn’t caught that particular bug yet.

This isn’t the first time that a Disney themed device has been released in Japan. In fact, it is the eighth Disney-branded phone that has been released through popular carrier NTT DoCoMo. It doesn’t seem like it’s a variant version of any existing LG phone, although it might be somewhere in the middle of the G2 and the G3. It is powered by a Snapdragon 801 processor and has a 5.2-inch 1080p IPS display. It has a pretty good 13.2mp main camera and a pretty bad 2.4mp front-facing one. With 2GB of RAM and 16GB of internal storage, it’s not bad at all. That is, if you can deal with all the Disney-relate designs of the smartphone. 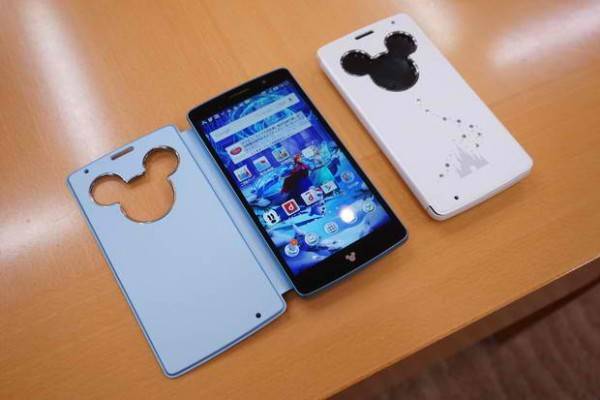 Aside from the Mickey Mouse-shaped home button, it also comes with a smartphone cover that has Mickey Ears cutouts on the cover. But it’s not just any cutout. Each of the “circles” has nice-looking notifications on it, like a clock, the date, etc. So it depends on your perspective if this is the best thing that has happened to smartphones or if it is the worst “desecration” of a high-end LG phone. The cover does have Swarovski crystals on it as well, so that might make up for the mouse ears. 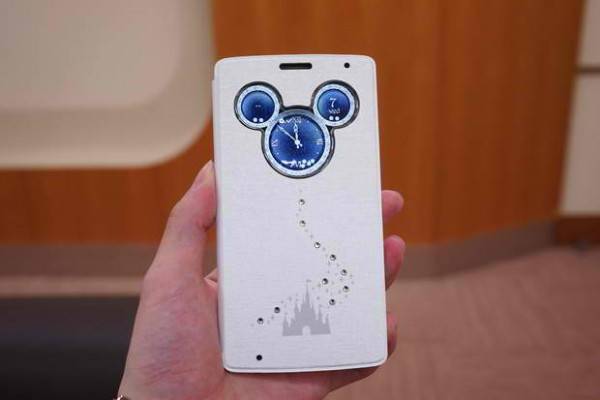 The DM-01G (really, they should come up with a better name)also has several Disney themes available, like Frozen )(of course), Cinderella (the new one), and Alice in Wonderland. The colors will be blue, white, and pink. However, no pricing and availability or even launch details have been released yet.