Some internal documents were leaked recently to the guys over at BGR. These documents contained all sorts of information on the upcoming LG Ally. We now know that it’s coming to Verizon and pre-orders will start this May 13th. This phone will also bring with it a few alterations to Android.

Notice from the picture above, LG has made a few tweaks to this version on Android 2.1. It doesn’t appear to be a full on custom UI but there has been changes made to the app tray as well as the widgets. LG will introduce their own set of widgets with this device and like most new handsets these days it will be connected to a few you’re favorite networking sites. 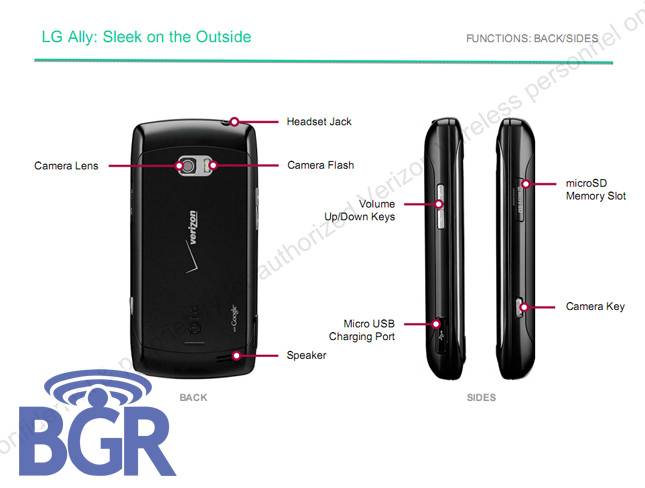 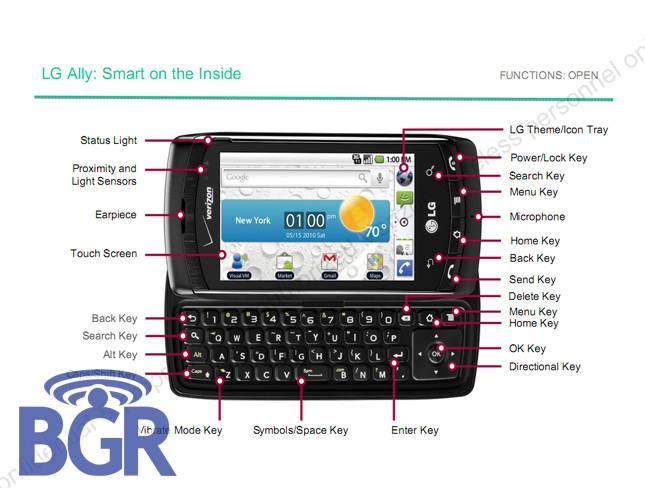 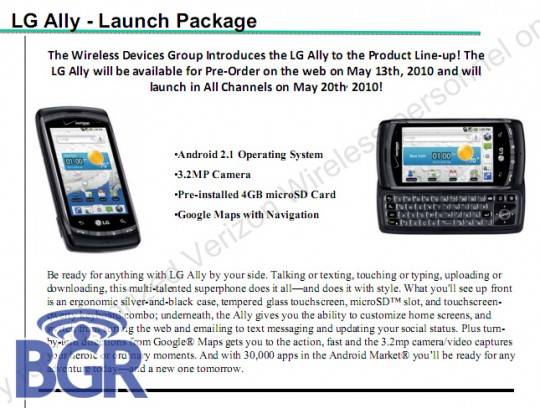 This device is set to launch on May 20th, it will also feature a few of Verizon’s own apps. Visual Voicemail will be pre-installed along with V CAST Media Manager and Backup Assistant will be coming soon via the Android Market.