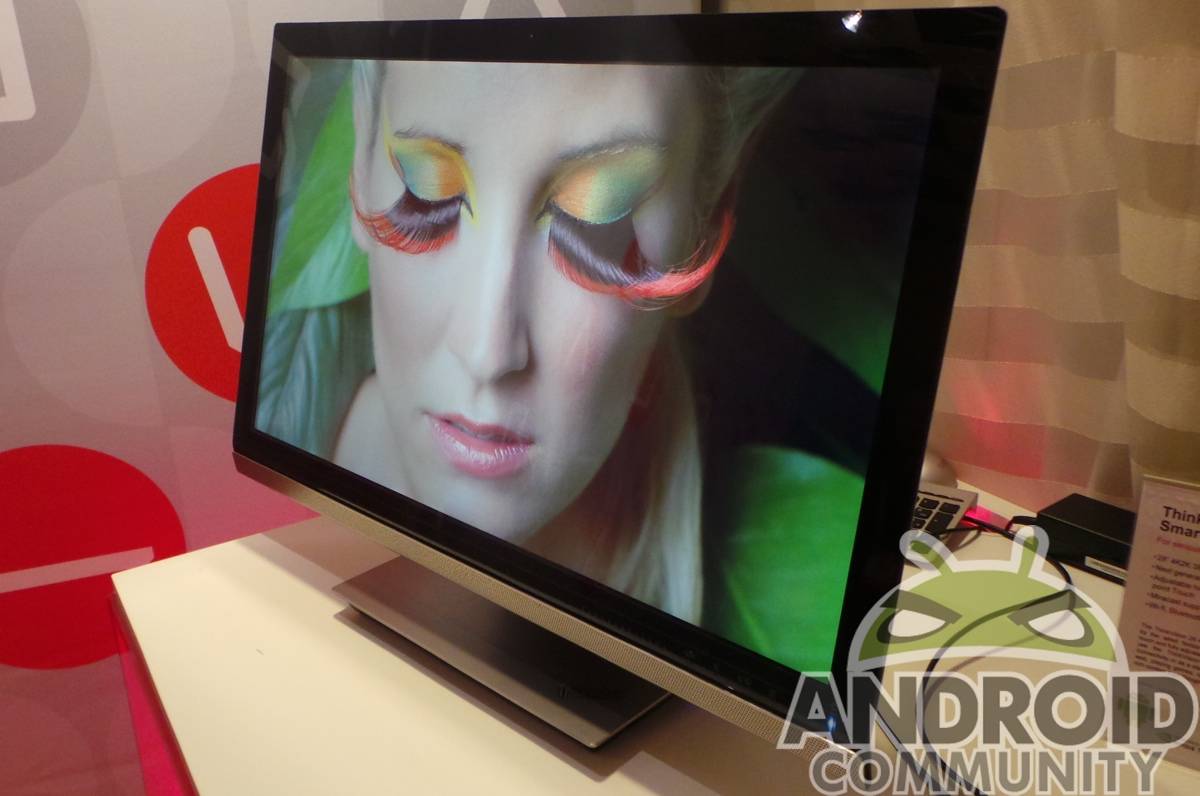 Lenovo’s innovation of late has been wildly impressive. From new phones to interesting tablets, the new Android items from Lenovo are a breath of fresh air. Though Android desktops are a mixed bag, we got a hands-on with Lenovo’s ThinkVision here at CES 2014. Packing a punch is putting it mildly.

In building their Android desktop, Lenovo did something we think is pretty amazing. Of course, with this one, they had to straddle a few lines. For starters, it’s 4K2K, which brings a lot to the table on its own. Lenovo took their amazing 4K2K monitor and added touch capacity and Android, the KitKat variety of course. At the end of the day, why you’re left with is a 4K Android desktop that has the added capability of being so much more.

The 4K screen, as we’ve noted over at SlashGear, is stunning. Gorgeous, bright, and without hint of misrepresentation of color, the monitor is simply among the best you’ll find. By now, you might be thinking a 4K Android desktop would cost thousands. Not so fast: the standalone 4K monitor is only $799, so we’re not quite going to break the bank. Then again, it won’t be a “race to the bottom” device, either. 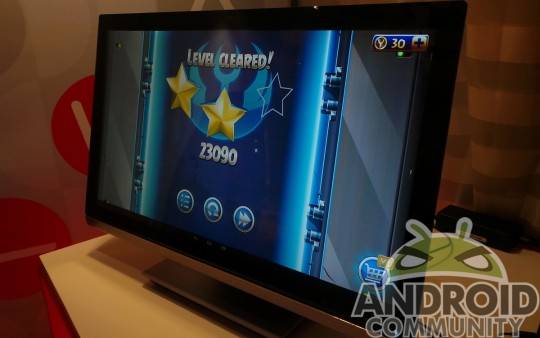 Though not quite ready for primetime, we played a few games and utilities on the ThinkVision. To our surprise, things scaled properly, and left us without the annoying small type that sometimes happens with pixel-dense displays. Everything — and we mean menus, apps, and web pages — scaled beautifully. Touch capacity was responsive and quick, with no lag or missed touches. The Lenovo ThinkVision Desktop straddles a few lines, and one happens to be something we’re not sold on.

Android as a desktop leaves quite a bit to be desired. There isn’t a robust set of productivity apps, so we’re not quite sure that you’d want to have this one as your one and only. Happily, the ThinkVision cane used as a monitor as well, so you can attach a Windows or Mac to it and do as much as you like — or need. This, of course, is where we reach a fork in the road.

If you’re interested in 4K, this is easily the best monitor you’ll find. Adding Android only makes it better, but you really have to want both. If you’re in the market for a 4K display, and want an Android desktop, we’d highly suggest the ThinkVision. It runs NVIDIA’s next generation Tegra chipset, and brings WiFi, NFC, and Bluetooth 4.0. Miracast is also supported, and the articulating arm makes it adjustable to almost any angle. Lenovo tells us the ThinkVision will retail for about $1199, and be available this summer.