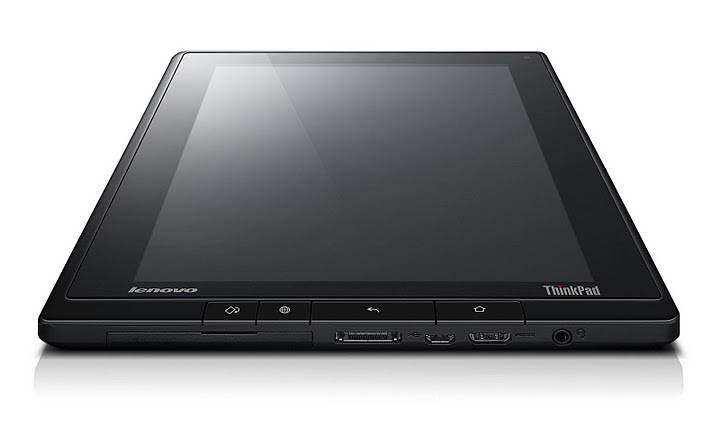 What you’re about to take in is the Lenovo ThinkPad Tablet, an Android slate featuring Android 3.1 Honeycomb and the ability to work as both a multimedia and entertainment experience machine. This tablet, like the other Lenovo tablet we’re looking at here on Android Community today, features an NVIDIA Tegra 2 dual-core 1GHz processor and has a lovely IPS display. This devices’ display is also very similar to the other Lenovo tablet we’ve looked at today, that being 10.1-inches, 1280 x 800 pixel resolution, and TFT LCD technology. This tablet also supports ThinkPad Tablet Pen input for all your pen on tablet action!

With this tablet you’ll have 1GB or memory, internal storage that’s one of the following: 16GB, 32GB, or 64GB, and connectivity along 3G (on some models), Bluetooth 2.0, and Wifi (type unknown.) You’ve got a mini HDMI port, a USB 2.0 port, a micro USB port, and a dock port. Two cameras sit on this device, one 2-megapixel camera on the front and one 5-megapixel camera on the back. This device is 10.3-inches wide, 7.2-inches tall, and 14mm thick. The battery on this device is a 3250 mAh lithium-ion, meaning it’s going to last you to forever and back, and of course you’ve got an accelerometer, gyroscope, assisted GPS, and ambient light sensor. 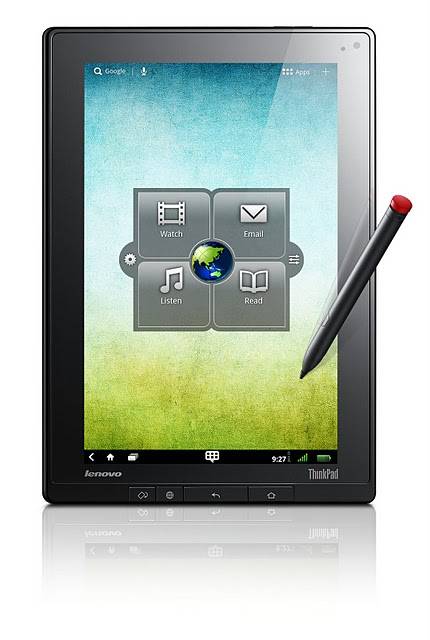 You’ve got access to the Android Market, the same Lenovo Launch Zone we saw on the other Lenovo tablet from earlier today (that essentially being a large widget that has additional app shortcuts on it), and Lenovo SocialTouch – which is more of a collective of apps than it is a single process, allowing you to view events conducted through many different apps and widgets throughout your tablet including Google Calendar, Maps, and PopMail. 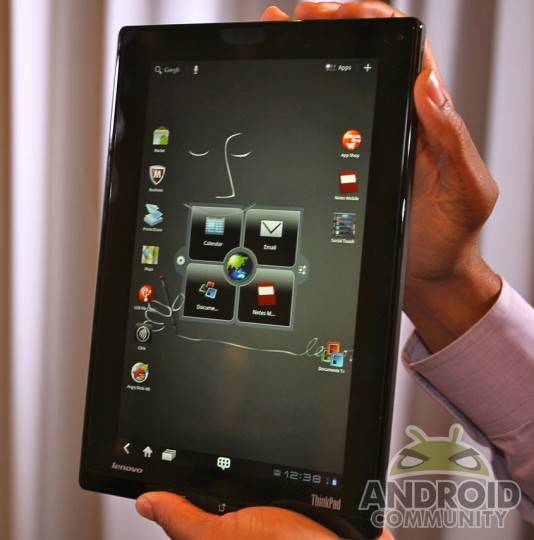 This tablet has a few accessories available for it as well including a ThinkPad Tablet Dock, allowing your tablet to sit upright while it charges and you continue to use it in any of several ways, it having microUSB, HDMI, and Stereo out plus Microphone in and USB 2.0. Then there’s a ThinkPad Keyboard Folio which protects and acts as a keyboard for when you’re in the mood.

BONUS TIP: This device is covered with Gorilla Glass, making it impervious to gorillas! Also impervious to most damage including scratches and basic drops.

Is all this enough to make you want this tablet when the environment is so clogged up at the moment? Are the features enough to set it aside?