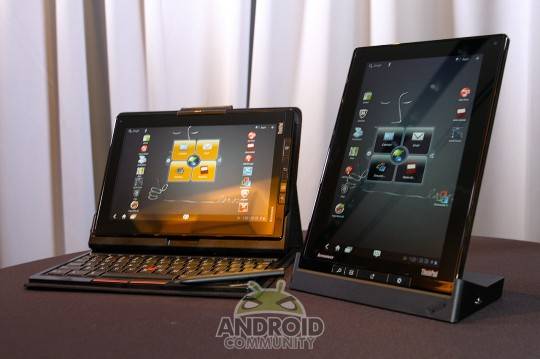 After we saw this update start hitting international devices last month today we can confirm Android 4.0 Ice Cream Sandwich is arriving here in the states for those rocking Lenovo’s ThinkPad Tablet. Originally launched with Honeycomb (and hardware buttons both) today it will be getting bumped to ICS, and lets not even talk about Jelly Bean yet.

Over on the Lenovo Thinkpad tablet forums there has been confirmation of the update arriving over the air, and users should be able to check now to pull down the tasty Ice Cream Sandwich treat.

As usual with ICS you’ll get plenty of new features, refined user interface, improved performance, and access to many of Google’s new apps like the recently released out of beta — Google Chrome. You should see the update any time now over the next few days, otherwise manually head to settings > about tablet > check for updates if you’re impatient. Let us know how the update goes and if you see any issues.