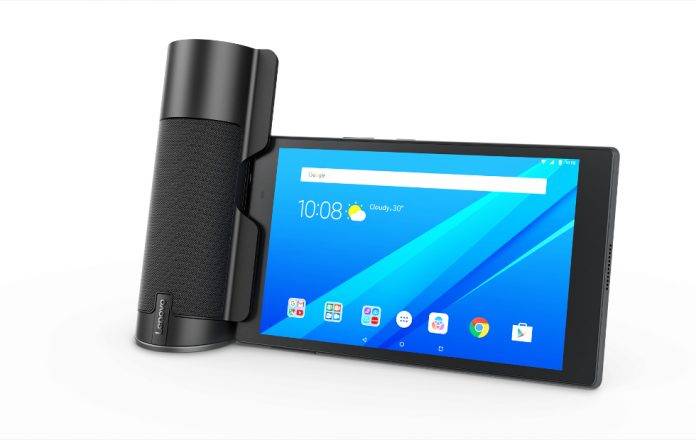 Smart home speakers, and their resident smart assistants, are the new darling of the tech world. From Amazon to Google to Microsoft and, soon, to Apple, everyone is making their own. But not everyone can justify purchasing such a speaker, no matter how cheap they may be (and they’re usually not). If you have a Lenovo Tab 4 or Tab 4 Plus lying around, however, today’s you’re lucky day. For just $70, no Prime membership required, you can dock that tablet into Lenovo’s new Home Assistant speaker and get your very own Amazon Echo Show on the cheap.

The Tab 4 Home Assistant Pack is technically just a speaker dock in the form of an Amazon Echo, with a bit of the Leaning Tower of Pisa mixed in. It has a 3W speaker and two far-field microphones that can recognize your voice as far as 3 meters away. Quite your standard fare voice-controlled speaker.

The real show starts when you plug in one of Lenovo’s Tab 4 tablets introduced earlier this year via their charging port. Once connected, the tablet’s interface changes to a customized Amazon Alexa screen. It’s not quite an Echo Show but it promises to work just as well. Ask Alexa anything and she’ll show you the answer as well as say it out loud.

There is, however, one thing Lenovo’s Home Assistant setup can do that even the Echo Show can’t. You can actually use the display, in this case, the Tab 4, separately from the speaker dock, itself. Actually, there is no magic here. The Home Assistant actually lives only in the tablet after all. When undocked, however, the only way to summon Alexa is by tapping on a button. This is by design, Lenovo says, because imagine the chaos and frustration that would ensue if you or anyone else can interrupt what you’re doing on the tablet by simply saying “Alexa”.

Unfortunately, we didn’t have the chance to test out the capabilities of the speaker itself, as the demo units Lenovo had were simply there for show. As far as the custom Home Assistant interface is concerned, however, it is clear that Lenovo put some careful thought into it. It might be unfamiliar to those already used to how the Echo Show works, but it offers a bit more controls and information compared to Amazon’s own interface.

In terms of design, the Lenovo Home Assistant might easily be mistaken for an new Amazon Echo model (or a clone). That is, until you notice it leaning backwards, a design that allows you to more comfortably view and use the tablet when docked than when the slate is standing straight up. Amusingly, when viewed from the top, the connected pair almost looks like an unfurled scroll, almost like a nod to the Lenovo Yoga Android tablet design. 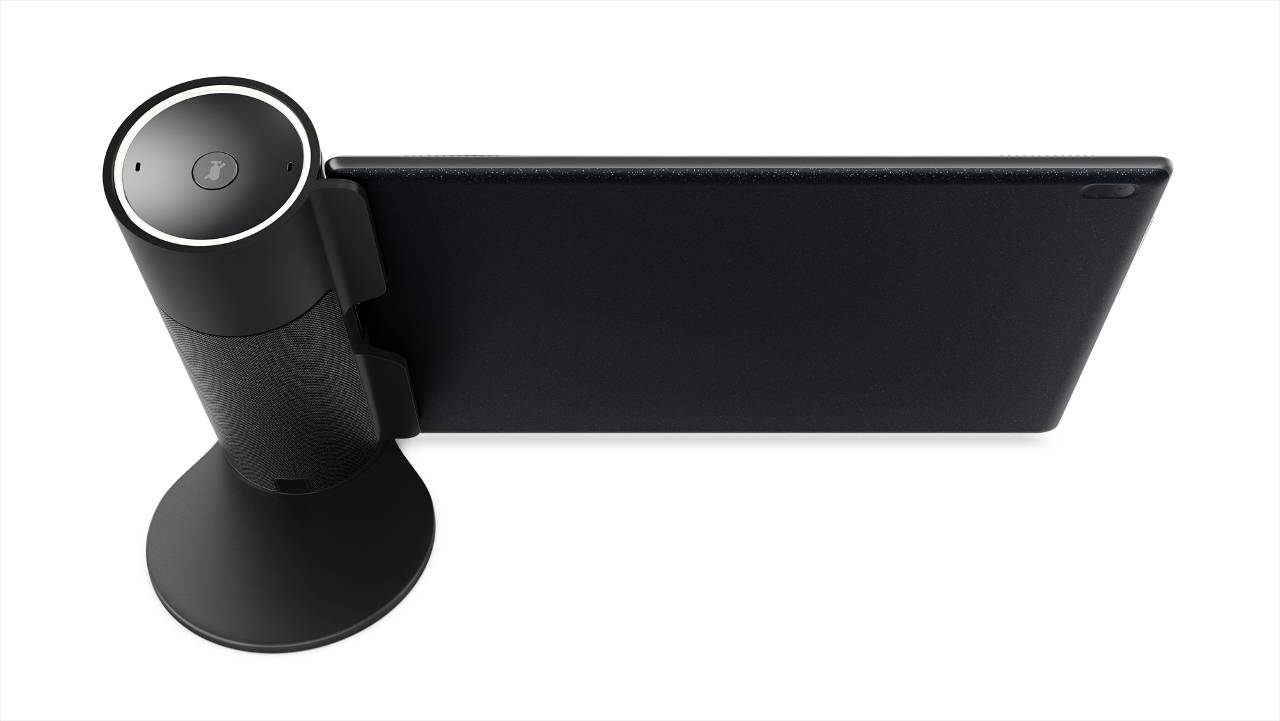 The Lenovo Home Assistant is only compatible, at least for now, with the Tab 4 series, which includes the Tab 4 8, Tab 4 10, Tab 4 8 Plus, and Tab 4 10 Plus. Retailing for $69.99, the Home Assistant definitely makes a compelling case if you already owned one of those. If not, then that’s a different story entirely.