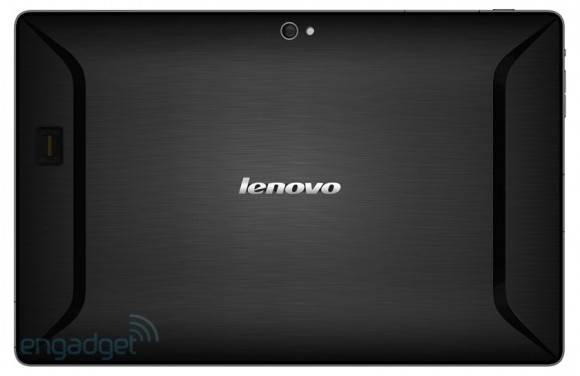 With Android ICS on the horizon, you can bet that we are going to see everyone in the tablet market that has used Android or thinks they might want to hop on the Android 4.0 wagon. One of the tablet makers that will be offering up Android 4.0 tablets will be Lenovo according to a rumor. Engadget claims that a source has told it a new ICS tablet from Lenovo is inbound.

The tablet is said to packing Tegra 3 from NVIDIA and have 2GB of DDR3 RAM. The tablet is also said to have a USB host port with a little flap covering it. Other tidbits from the rumor source include the fact that the camera will have a rear camera and a fingerprint scanner. The camera resolution is unknown but the source says that the fingerprint scanner will also work as an optical joystick.

The is in indication on the weight and size of the tablet, but it appears to be very svelte indeed. There is no indication of when the tablet will land. Other makers are aiming for Q1 so perhaps we will see this Lenovo tablet then as well. We will be watching for more details.