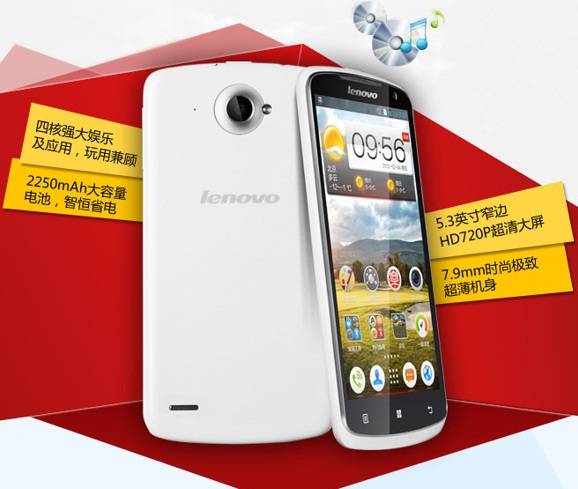 It was only a few weeks ago we got our first look at the previously unknown Lenovo S920 quad-core smartphone, and today they’ve made it official. The S920 is a pretty impressive sounding smartphone and as of today you can order it over in China, although they aren’t quite shipping this 5.3-inch device yet.

Leaked in a series of pictures earlier in March the S920 has a very similar design to the HTC One X, to put it lightly. Well at least on back anyways. The front, internals, and OS will all be completely different however, and we have all the details. You’ll be working with Android 4.2 Jelly Bean and a big phablet sized display.

The full rundown shows the new Lenovo S920 rocking a 5.3-inch 1280 x 720p HD display (no 1080p here sadly) but the newest version of Android should make plenty happy. Then you’ll be working with a 1.2 GHz quad-core MediaTek processor with 1GB of RAM, and it looks like you get 16GB of internal storage as well as micro-SD support. Then according to Lenovo it rocks an 8 megapixel rear camera and 2 MP up front.

This is all rounded off with a mediocre 2,250 mAh battery and a sleek design coming in at just 7.9mm thin. It all sounds pretty good except that small battery if you ask us. This well-rounded smartphone from Lenovo is up for pre-order in China and will hit the streets April 8th for what comes out to be around $350 USD. Now if the rumors of Lenovo buying BlackBerry would come true and they’d launch smartphones in the US, then we’d have something to talk about.