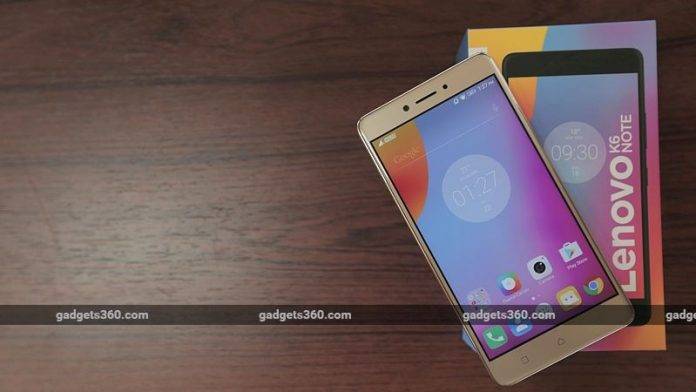 Lenovo has confirmed that they have finally done away with their own, native Vibe Pure UI and moving forward, they will be using stock Android experience. This will start with the K8 Note that they will be releasing soon in India, and it will be their first smartphone to have Android 7.1.1 Nougat out of the box. While some are saying that this move is due to budgetary restraints on the OEM, they emphasized that this is not the case and that they are only following the consumer trends and what their customers want and need.

Anuj Sharma, head of product marketing for smartphones in Lenovo MBG India, confirmed that this is the company’s plan moving forward. After evaluating the Vibe Pure UI they decided to cut it off from their future phones, and give “the stock Android which consumers have been asking for.” The K8 Note in particular will be the first one to do so. The interface and bloatware will get the Nougat, but it will also come with other enhancements, like the Dolby Atmos tech and TheaterMax.

This also means that the K8 Note and other Lenovo smartphones under the K line that will be launched this year will get the Android O update as well. But the timeline will of course depend on the chip manufacturer support, internal developments, testing requirements, carrier restrictions, etc. But, as per Sharma, having stock Android will ensure more efficient software updates.

Developing their own user interface was due to “cultural differences” in its various markets, specifically their two biggest: India and China. Deciding to use stock Android may be a reflection of the company’s priority when it comes to markets, as well as what they mentioned as their customer preference.