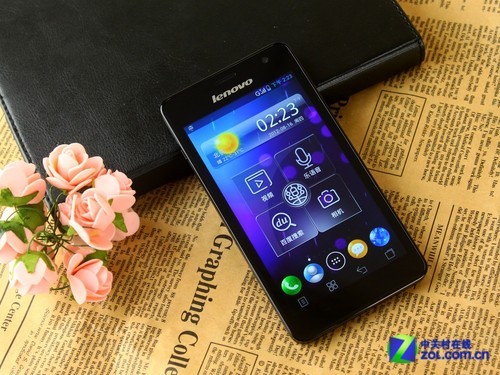 Lenovo is the latest smartphone manufacturer to jump on the too big to hold train and have just announced their own 5-inch phablet smartphone for China. Dubbed the LePhone K860, also being called the Lenovo Music phone. This device packs Samsung’s 1.4 GHz quad-core Exynos processor and a pretty impressive spec sheet all around.

The Lenovo K860 is no slouch when it comes to specs. According to Engadget this phone rocks Samsung’s 1.4 GHz quad-core Exynos processor from the international Galaxy S III, has 1GB of RAM, a 2,250 mAh battery, an 8 megapixel camera capable of 100 continuous shots and is powered by Android 4.0 Ice Cream Sandwich.

It isn’t quite as large as Samsung’s Galaxy Note, but the screen still manages to be 5-inches sporting a 1280 x 720p HD resolution. I like this much better than the LG Optimus Vu, but that’s just me. The Lenovo K860 also has a front facing 2 megapixel camera and is only 9.6mm-thick. There’s no mention of a stylus like the other phablets come standard with, so we’re assuming this doesn’t have those draw features.

No word on pricing or availability but the phone was just announced for China, and will probably never come to the states. They better get this out for sale before Samsung’s Galaxy Note 2 makes its debut, as it could cause them some trouble.