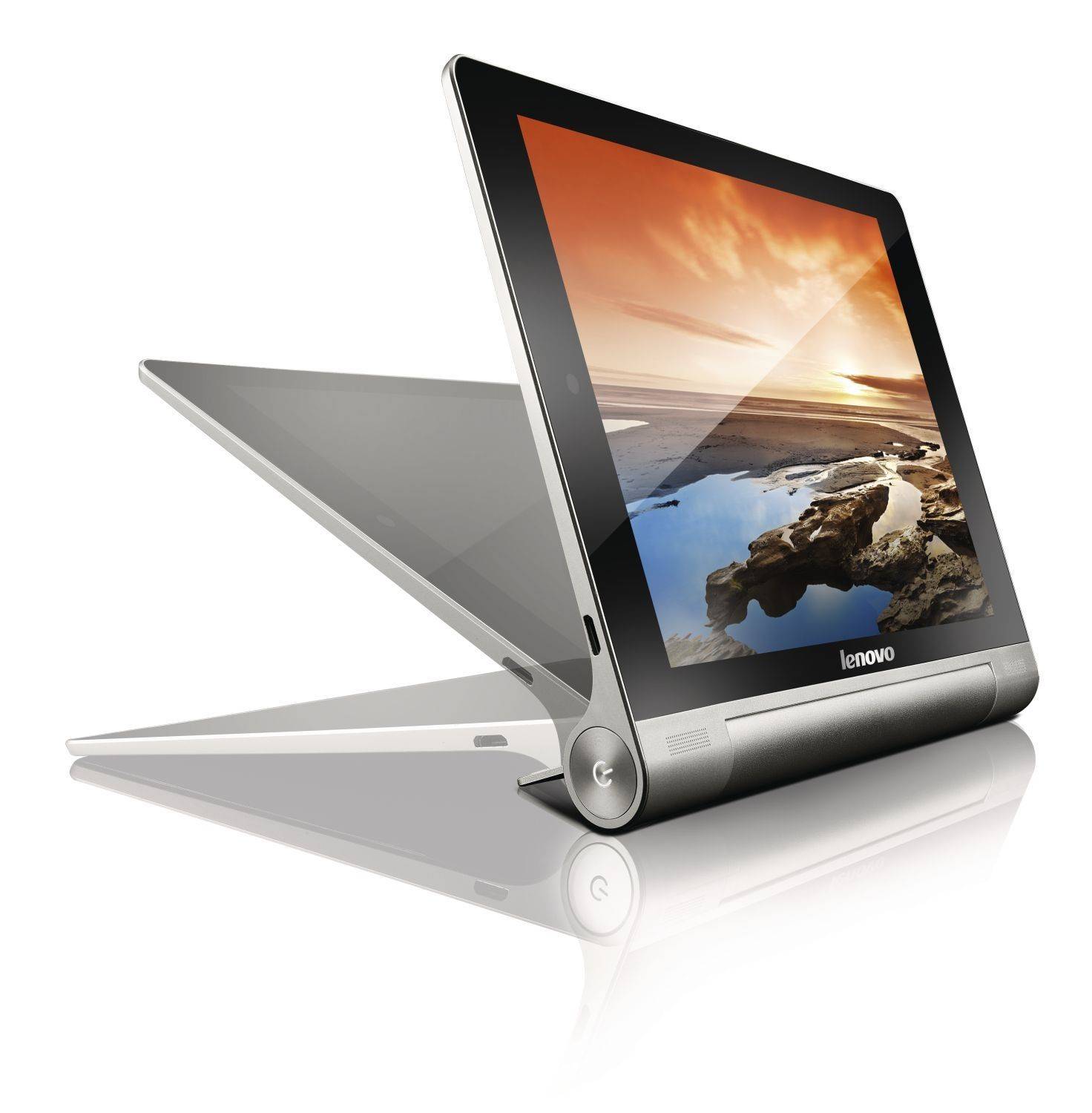 While the company has released Android smartphones, Lenovo hasn’t truly been big in the Android tablet scene, with most of it’s large-sized devices leaning towards Windows. But now it seems that Lenovo will be dipping its toes further with two new Android tablets from the manufacturer’s unique bending Yoga hybrid line.

The Lenovo IdeaPad B6000-F is the smaller of the two, with an 8-inch WXGA 1280×800 display. The B8000-F, on the other hand, sports a larger 10-inch display but with the same pixel resolution, giving it a lower pixel density. Both tablets, surprisingly, run on a 1.2 GHz quad-core MediaTek MT8125 processor with 1 GB of RAM and 16 GB of internal storage. Both also have 5 megapixel rear cameras. The smaller B6000-F is powered by a 6000 mAh battery while the B8000-F has a 6000 mAh, giving the tablets and advertised battery life of 16 and 18 hours, respectively.

The two tablets, however, are a strange pair from Lenovo’s distinct folding tablet/laptop hybrid form factor. The tablets do not have a built-in keyboard. Instead, all the Yoga bending happens on a built-in rotating stand that can be set to various angles. We’ve yet to see an actual announcement for Lenovo but, if this is for real, the devices will be quite interesting as they will be one of the few Lenovo devices that do not run on an Intel chip, adding some fodder to recent talk about Lenovo switching to Qualcomm, or in this case, MediaTek, for its mobile processing needs. However, the company has used NVIDIA Tegras for its previous Android tablets, so this is also a curious switch.