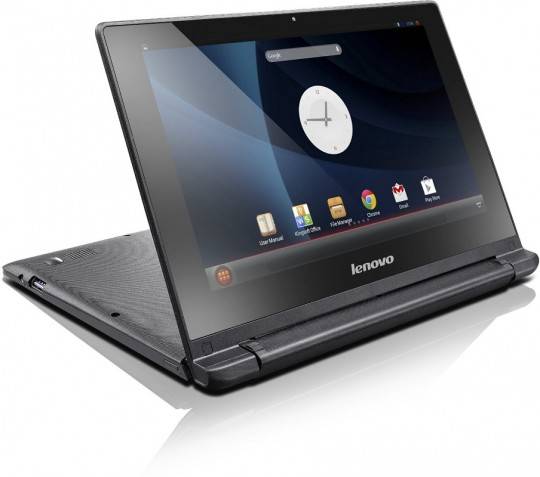 Details of the Lenovo IdeaPad A10 convertible notebook surfaced yesterday. Those pieces included a service manual and user manual as well as a product listing on the German Amazon site. But just in case there was any doubt as to whether Lenovo was actually planning to release the yet-to-be-announced Android notebook — things have since been confirmed.

Lenovo was quiet on the details, however in a statement provided to PC World, spokesperson Chris Millward mentioned the “product has not been canceled” and that they “had planned on making an official announcement for the device.” In this case, it looks like the Internet got a head start. While they did not mention specs and pricing, those seem to be known.

Well, specifically, we have seen the pricing for those in Germany — EUR 249 with VAT being included. There wasn’t anything on term of the US pricing, but as we mentioned yesterday, the fact the service and user manuals were written in English does suggest a US release. Otherwise, the IdeaPad A10 is expected to arrive running Android 4.2 with a 10.1-inch display and 1.6GHz Rockchip RK3188 processor.

This will be a convertible style notebook with full keyboard and trackpad. Other specs will include a microSD card slot, pair of USB 2.0 ports, microUSB, stereo speakers, headphone jack, microphone, Bluetooth, WiFi and HDMI. There was also a mention of a SIM card slot as well as options for 1GB or 2GB of RAM and either 16GB or 32GB of internal storage.

Finally, in addition to confirming the IdeaPad A10 “will be going out to the market,” the Lenovo spokesperson said they will be announcing launch dates and pricing information “later.”