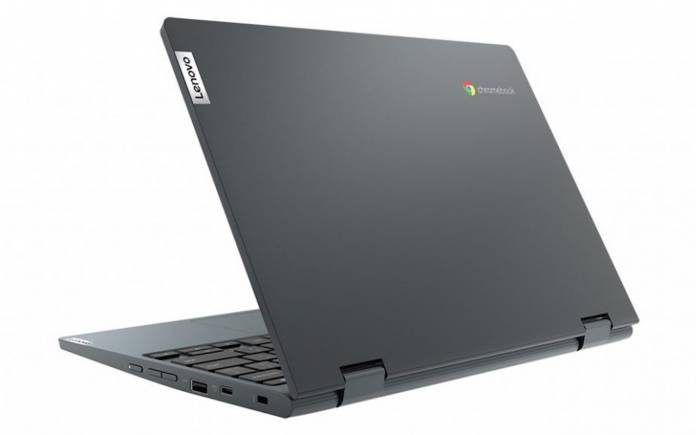 The last Chromebook we featured here was one from Lenovo. The Lenovo Chromebook Duet was made ready for pre-order at Best-Buy. Before that, HP also introduced new Chromebook models ideal for remote work setup a few months after Chromebooks for education and digital teaching were revealed. More from Samsung and ASUS were also unveiled at the CES 2020 back in January. It seems Lenovo is getting more popular in this category as a new model has just been announced–the Lenovo Chromebook Flex 3i.

The Lenovo Duet Chromebook is still popular but the brand wants to make a quick follow-up with the addition of the Chromebook Flex 3i. It boasts an 11.6-inch touchscreen on its 2-in-1 convertible design with 1366 x 768 HD pixel resolution. It runs on 4GB of RAM, Intel’s Gemini Lake-R N4020 processor, and 32GB or 64GB onboard storage. This one runs on Chrome OS and can also support some Android mobile apps from the Google Play Store.

Lenovo is offering an Almond model which is also basically Champagne. The 32GB model will be available in Abyss Blue as sighted on Lenovo Canada. It features two USB-C ports, two USB 3.1, a microSD card slot, and a headphone/mic combo. The device also offers a Kensington lock slot.