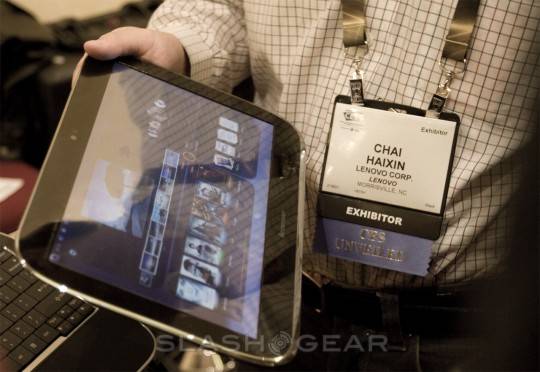 Lenovo Chief Executive Yang Yuanqing has reconfirmed the group’s plan to launch LePad in the USA and China somewhere inside 2011. CEO Rory Read said the company will be holding off until Honeycomb with the slate, as Honeycomb will be Google’s tablet-centric version of the Android OS. Read noted that the current and soon-to-come versions of Android (that being Froyo and Gingerbread) were not “the right base to have a fully functioning pad.” The company plans on taking software “into it’s own hands,” ramping up a $15 million dollar app investment program.

Furthermore, Lenovo plans on spending more than 100 million yuan (US$15.1 million) supporting mobile app and service developers working on internet-centric devices like, yes, the LePad. First to get a share of this money is Guangzhou Hua Yue Digital Technology Co., it gaining the money do develop e-reader applications. Lenovo predicted this past April that within five years, 10-20% of their revenue would be from mobile internet services. News has also surfaced of Lenovo assessing Google Chrome OS for use in the future, but the company has yet to confirm this.