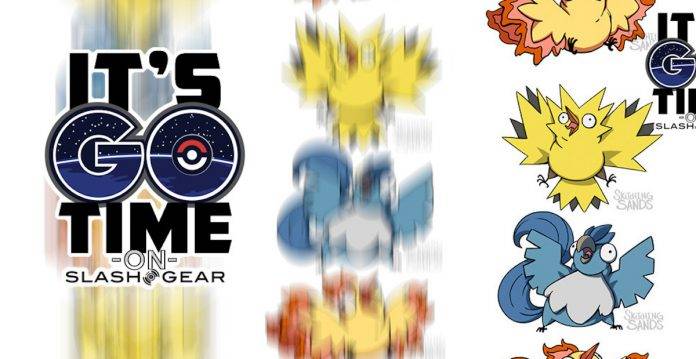 Some fans of Pokemon GO may have been disappointed with how the event turned out but Niantic and Nintendo aren’t stopping with releasing updates and making the Legendary Raid Battles happen. The bosses have been waiting for more challenges. We’ve met with Moltres and Articuno already as the first two birds and now a new one had just been released —Zapados.

The latest boss raid switch is happening this week so watch out if you’ve been waiting for this one. Only real fans of Pokemon GO (ahem…that’s you) will understand how important this one is. Don’t be surprised if you see anyone from the trio (Lugia, Moltres, or Zapados) during the duration of the game. Well, most likely it will just be Lugia, being the Trio boss.

Our friends over at SlashGear have gladly shared the schedule of release. They are as follows:

Why is Zapados important? Well, it is said to be the most difficult to beat among the first three Pokemon Legendary Raid Bosses. And what Pokemon are best to fight against it? The likes of Golem Rock Throw/Stone Edge (ROCK), Jynx (glass cannon) (ICE), Tyranitar Bite/Stone Edge, Dragonite (lasts long, big (1x) damage), Rhydon Rock Smash/Stone Edge, Piloswine (ICE), Omastar (ROCK), Articuno (ICE). These are not the only ones but just what we think can battle against Zapados being an Electric Type Pokemon and as a Flying Type Pokemon.