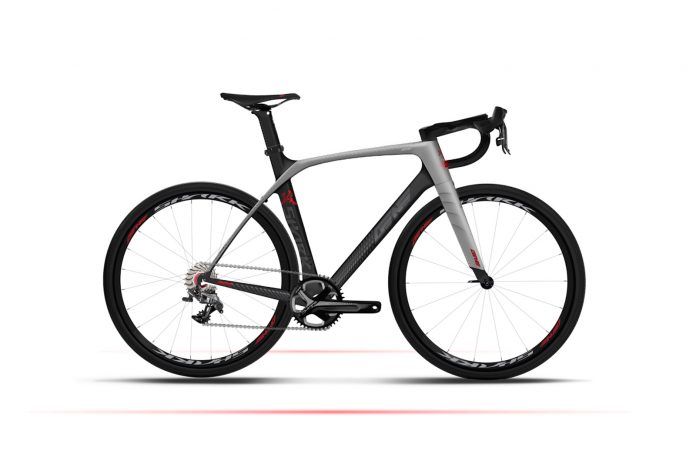 We live in a world where everything has to be smart. From our accessories, even to our clothes, and yes, now our vehicles have to be smart and connected too. At the ongoing Consumer Electronic Show in Las Vegas, tech company LeEco has once again brought connectivity, this time to bicycles. They are showcasing two Android-powered smart bikes which should be available in the US by the second quarter of this year. You can also get a preview of future technology that they are developing, like a self-driving electric concept car.

One of the smart bikes that the have unveiled is the LeEco Smart Road Bike, which is actually a CES Innovation Honoree. It has an aerodynamic Toray T700 carbon fiber frame and is pretty light at just 18.5 pounds. It has extra lashings of carbon fiber in the fork, seat post and wheels. It is meant more for riding in the streets as compared to the other bike, the LeEco Smart Mountain Bike, which is meant for heavier terrains. It weighs 26.9 pounds and has a SR Suntour XCR Air front fork and back.

But aside from its bike components, what these two smart bikes really boast of are the smart features. Both have a 4-inch touchscreen box which is based on the Android platform of course, but customized for bikes. You can get turn-by-turn directions from HERE in case you’re in an unfamiliar area or play music including streaming service or even chat with nearby LeEco bike riders. The bikes also have their own GPS and sensors and can also track your activities if you pair it with ANT+ heart rate and power monitors.

If you visit the LeEco CES booth you also get to see some of the other tech they’re working on, including the LeSee Pro self-driving car and also their full range of Ultra HD 4K smart TVs. As for the smart bikes, they haven’t revealed the price range for both, but they will probably be available by the second quarter of 2017.