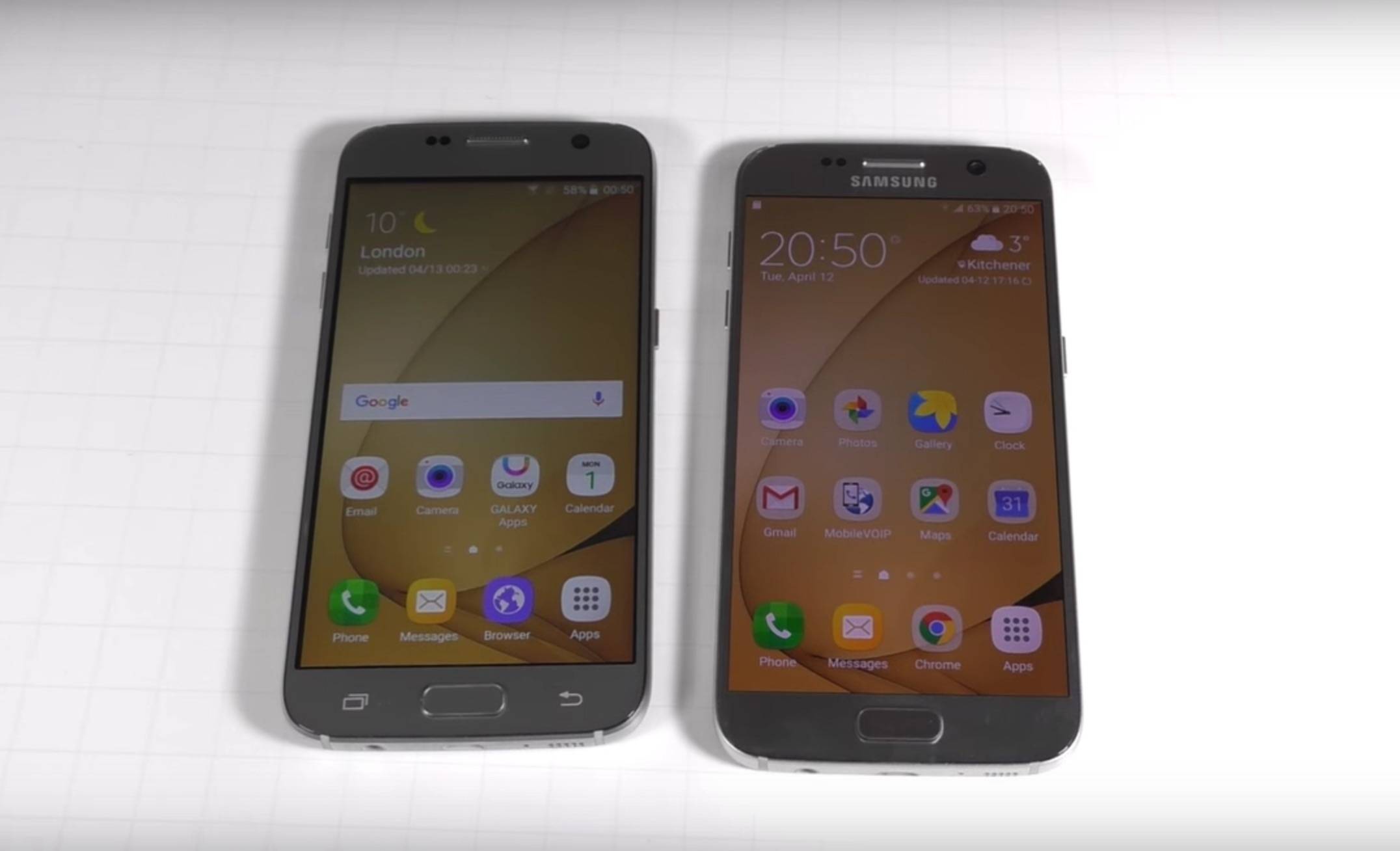 You would think that spotting a fake high-end device would be pretty easy right? But of course you underestimate those who make these fake devices. They are experts in making smartphones that are as close to the real thing as they possibly can, that is why they’re still in business after all. But there are of course some things that you can learn to spot the fake, and YouTuber RedSkull is helping us learn what those tips are, as far as the Samsung Galaxy S7 is concerned.

Of course the first thing that you can check is the packaging. The real one has a hinged magnetic box top that has all the necessary information at the back. The fake one has the usual standard box where the top half can be pulled off, plus the writing at the back is only half of the box. A fake Galaxy S7 is also dimmer display than the actual one, although it is hard to determine of course if you don’t have a real device with you.

The fake smartphone is missing the Samsung marking under the earpiece. It does have markings on the left and right of the home button, which the real one doesn’t really have. The unreal Galaxy S7 also has a wider (and cruder) gap in between the SIM card slit, whereas if it was real, that gap should be tight and almost part of the smartphone itself. While both the real and fake ones have Samsung logos at the back, the real one has some writing on the bottom that hasn’t been replicated by the fake device.

To be sure that your Samsung Galaxy S7 will not be a fake, then you should probably buy them directly from trusted retail outlets. But if you do have to get them from not-so-reliable sources, then make sure you know how to spot the fake one. Watch the video below for more information.