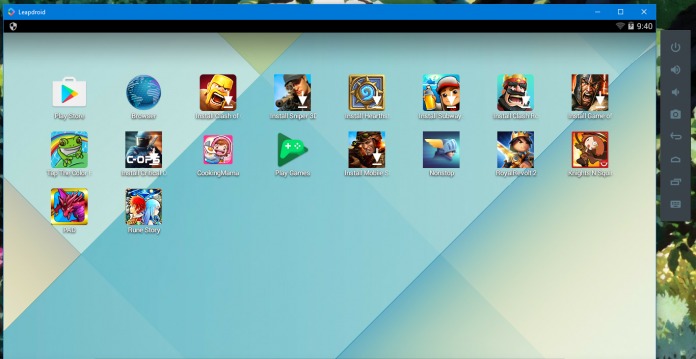 Google has added another company to its ever-growing list of acquisitions and this may actually be a step towards the marriage of Android and Chrome. Game-specializing Android emulator LeapDroid has made the announcement that they are joining the tech giant. They have not made specific plans as of yet and as of this writing they are still “not affiliated” with Google, but it will be interesting to see how they will fit in with the plans.

Analysts are saying that acquiring LeapDroid will be highly beneficial to Google’s developers, as the technology that the former uses can help the latter improve the performance of Android apps in non-native environments. The long-awaited integration of Android and Chrome might actually happen now, given this latest development. The acquisition may very well be the “missing link” that Google has been looking for and we may see something like this happen really soon, although of course it will probably take some time.

As for the implication of this acquisition on LeapDroid users, they say that while they will be discontinuing the development of the emulator, if you already have it installed, then you can continue using it. But of course there will be no more new updates or features. We’ll just have to wait for the latest development on the Google side of things.

Founders Huan Res and Huihong Luo expressed their deepest thanks to both Android developers and users for all their support. They also said they can’t wait to show more of what they’re capable of over at Google, so this probably means the team, or at least the two of them, have also been acquired.