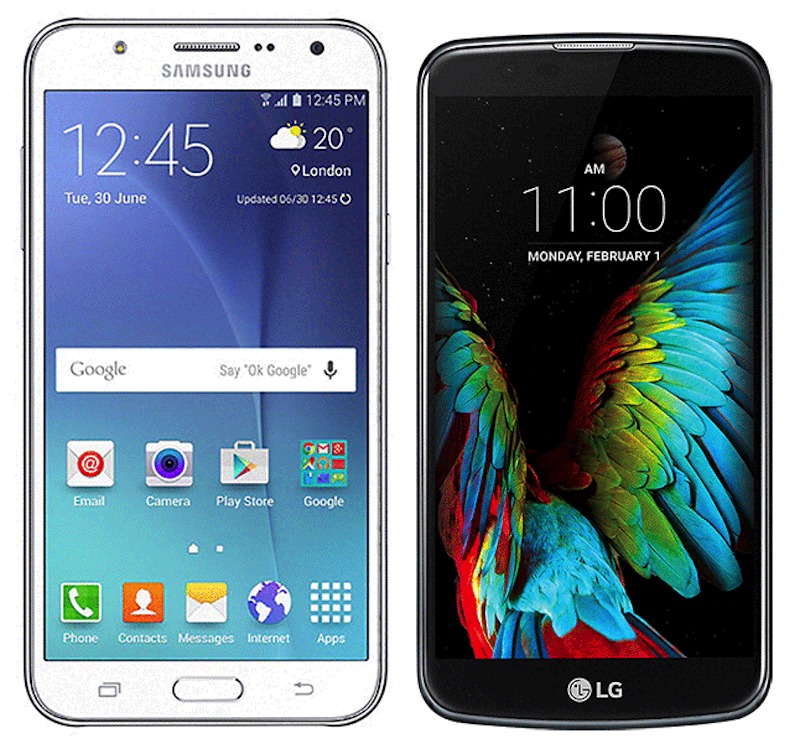 An “anonymous source” probably from within the carrier has leaked information that T-Mobile will be announcing on May 18 the availability of two new Android devices for their subscribers, the Samsung Galaxy J7 and the LG K10. The two smartphones have been introduced earlier this year and will supposedly be available in the US market now through the carrier. There has been no official announcement from T-Mobile of course, but the leak includes spec sheets for the two, although no price point yet.

The Samsung Galaxy J7 (2016) is part of the mid-tier J line that the OEM recently announced. It has a 5.5-inch HD Super AMOLED display and is powered by a 1.4GHz octa-core processor. It will have a 2GB RAM and a 16GB internal memory (expandable to 128GB), typical of smartphones in this category. It will also come with a 13MP main camera and a 5MP front-facing one, both with LED flash. It will of course come with the latest version of Android 6.0.1 Marshmallow, out of the box. 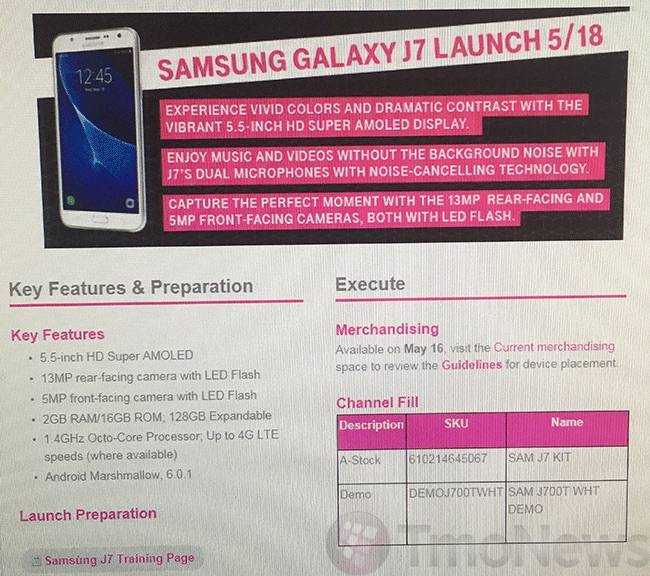 The LG K10 meanwhile is slightly smaller with its 5.3-inch HD display powered by quad-core 1.2GHz Snapdragon 410 processor. It has 1GB RAM, 16GB internal memory that can be expanded to 32GB through a microSD card. With specs like that and an 8MP main camera and a 5MP selfie cam, it seems to be an entry-level device. 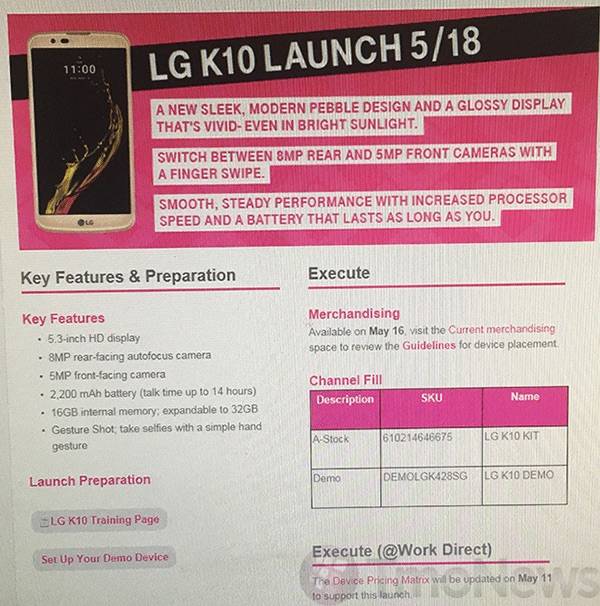 There are no pricing details yet in the leaked documents, but you probably won’t need to break a bank to get one or even both of them. Let’s wait for May 18 to see if this is actually legit.