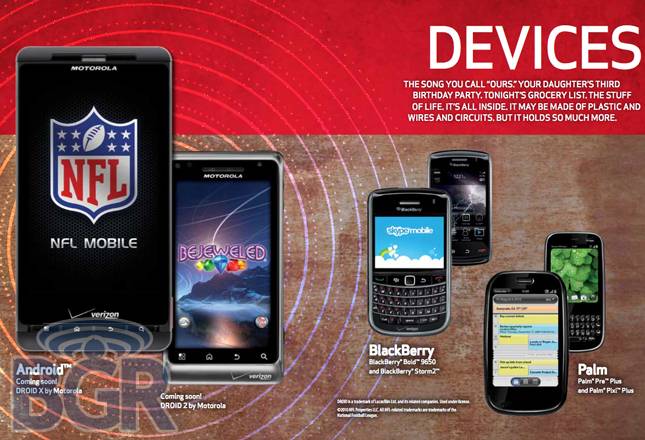 Well, how long has it been since our last leaked document? Not long, right? Then that means it’s just about perfect timing to get our hands on yet another one. Thanks to a tipster sending in some leaked documents of a Summer device catalog, we get the first look at a Droid 2 standing front and center (well, behind a Droid X), showcasing its shiny frame, and, oddly enough, Bejeweled.

Some specs are actually confirmed in the catalog, too. Mostly things we already know, though. For example, we know we’re getting a 5MP camera, 8GB of internal memory thanks to an included microSD card, 3G mobile hotspot, and a 1GHz processor under the hood. Now we just have to wait for Verizon to actually officially announce the device, and we’ll be good to go. Anyone want to start guessing on a release date?