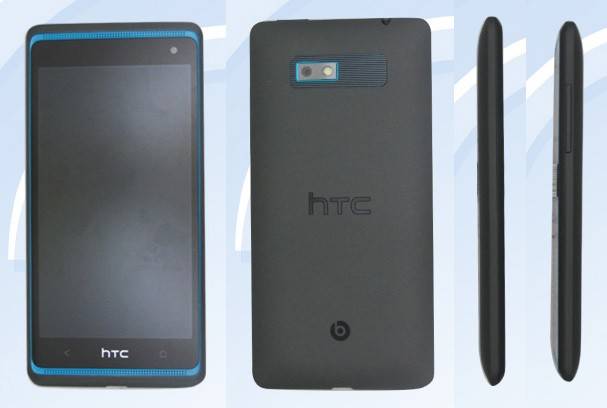 If you’re a fan of HTC smartphones but can’t see yourself paying the money for something along the lines of the HTC One, a new device has leaked online that you may find interesting. A few specifications and some images of the device said to be the HTC 606w have surfaced. The device looks similar to the HTC One, but uses cheaper components which should mean it’s a cheaper smartphone.

The image and details of the smartphone reportedly first surfaced on the Chinese TENAA database. The images show dual stereo speakers on the front of the smartphone along with the same dual soft key implementation found on the HTC One. The device is said to use Android 4.1.2.

The screen size is tipped at 4.5-inches with a resolution of 960 x 540. On the back of the phone is a camera said to have a resolution of eight-megapixels and its own integrated flash. The phone has a front camera with 1.6-megapixel resolution.

The processor under the hood is a quad-core 1.2 GHz unit and the device has 1 GB of RAM. It’s unclear how much internal storage the device has, but it is said to feature a memory card slot for expansion. There are no details on pricing or availability at this time.