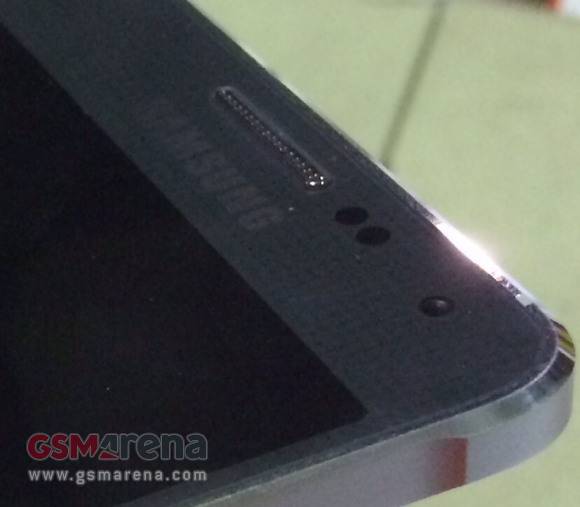 Rumors and speculation about the upcoming Samsung Galaxy F, the premium version of the current flagship Galaxy S5 have been rampant, even as there is still no concrete news as to when it’s actually coming out. The latest leaked pictures of the supposed unit seemingly confirms the rumours that it will indeed have a metal frame and super thin bezels.

Sources have been saying that the Samsung Galaxy F is almost similar in look to the Galaxy S5. Both have removable plastic back covers, but the former will have an aluminium frame, which will look very familiar to some, as it looks like that of the iPhone 5 and 5s. Maybe that is why it’s being called a premium version, as it looks sleeker and shinier from the front and different from the usual plastic look of most of the Samsung devices.

There have been reports that unlike the 5.1-inch screen of the Galaxy S5, it will look slightly bigger at 5.3 inches but mostly because of the super slim bezels. It will reportedly also boast of a 2560×1440 screen resolution, powered by Snapdragon 805, and will have a 16MP rear camera and 3GB RAM.

While all of these sound exciting, remember that the leaked pictures and information are only rumours and should be taken lightly. What has been confirmed though is that there will be indeed be an upgraded version of the Galaxy S5, which will have a QHD display and is called the Galaxy S5 LTE-A. The bad news? It will only be released in South Korea, at least for now.