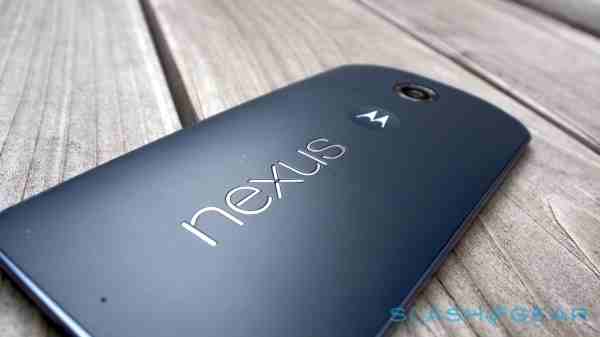 If the rumors and leaked images can actually be trusted, in a few days, Verizon subscribers will now have a chance to have the brand new Motorola-made Nexus 6. A Reddit user has posted screencaps of the webpage (or a brochure of some sort) that will go live on March 12, when the brand new Android smartphone will start to go on sale through the carrier.

Another rumor floating around is that it will come not just with the Lollipop update, but it will go one step further and will carry Android 5.1. This means that the Nexus 6 will be the first to have the latest update to Lollipop, and this will reportedly come with Voice over LTE (VoLTE) support baked in. The image shows that March 12 is the date when Verizon Wireless will start carrying the Nexus 6 on their online store while March 19, it will arrive in their brick and mortar stores. 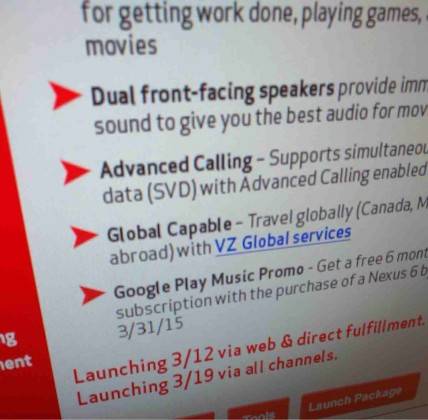 This rumor has been making the rounds for some weeks now, but there’s still no confirmation from Verizon if it’s indeed true. Earlier leaked images said that the Nexus 6 will have the carrier’s branding under the letter “n” in Nexus, which might not please some people. The YouTube channel of the carrier has also posted a promo video for the smartphone, so it’s most likely they will be carrying the Google-powered device.

Some sources close to another website has also leaked pricing details for the Nexus 6. You will need to shell out $249 for a 2-year contract, $699 for just the device without a contract, or $29.16 per month on Verizon’s Edge plan. Supposedly, only the 32GB Midnight Blue version will be carried by Verizon. We’ll find out in a few days if all these rumors and leaks are true.