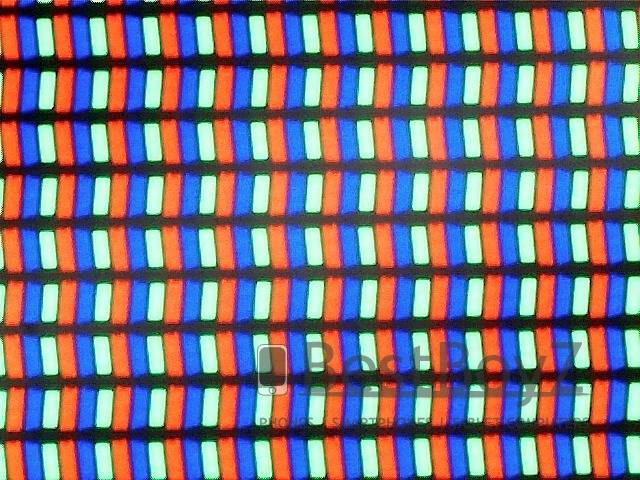 There’s some downright fantastic screen technology out there today, and nearly all of it is making its way into brand new smartphones. To get an up close and personal look at some of themore high-end options, German site BestBoyz took a look at the screens on the HTC One X, HTC One S and the LG Optimus 4X HD under a 400-power microscope. You can see the individual pixel shells whose color combinations make up the image. Fist, the HTC One X:

Unlike its smaller brother, the One X uses a Super LCD2 panel made by Samsung. This uses the traditional red-green-blue cell method, combining the primary light colors to create individual shades. HTC told the source that while the quality of Super LCD2 approaches that of IPS and in fact uses much of the same technology, they can’t call it “IPS” for trademark reasons. The screen on the HTC One X is a full 1280×720 panel measuring 4.7 inches diagonally. 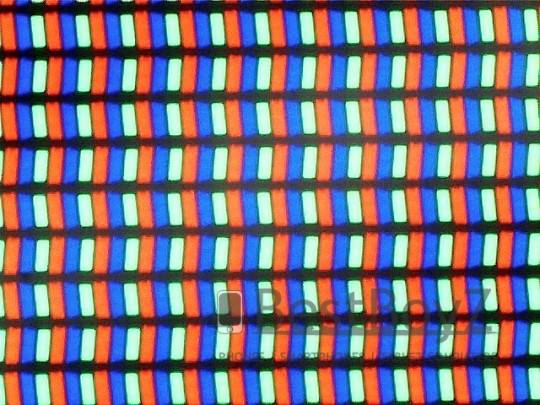 The LG Optimus 4X HD uses a screen that’s the same size and density as the One X, but uses a more conventional IPS (in-plane switching) LCD panel provided by LG itself. LG calls it a “True HD IPS”. As you can see, the LG screen has a somewhat “colder” light, with the green cells aparently washed out under the microscope. In our experience, LG’s IPS displays tend to be very, very accurate as far as color goes (note the warm quality of the One X panel) but considerably less bright than standard LCD or AMOLED displays. 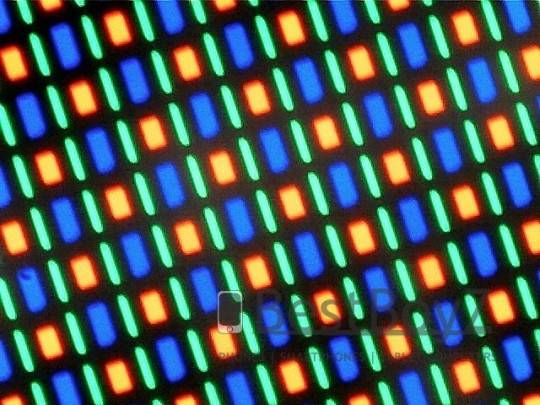 Speaking of which, above is the AMOLED (active-matrix organic light-emitting diode) screen from the HTC One S. The One S has a 4.3-inch screen (probably supplied by Samsung) with a resolution of 940×560. This gives it about 20% less pixel density than the One X or the Optimus 4X HD. In addition, the Pentile screen matrix construction means that each green sub-pixel shares a red and blue sub-pixel with another green sub-pixel, making the absolute pixel density considerably lower than a traditional LCD screen. Many users compain abou this loss in definition, but others prefer the brighter and generally more saturated colors on AMOLED.

There you go, screen junkies – let us know what you think of the three screens in the comments section.

[Thanks to Kote for the tip!]