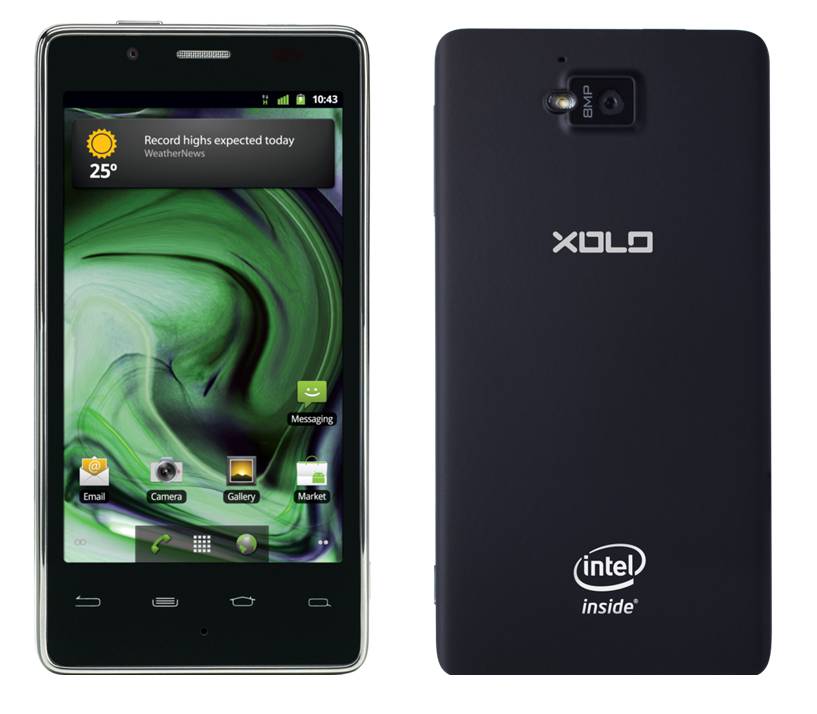 The first Intel-powered Android smartphone will hit the market on April 23, with the Lava XOLO X900 going on sale in India. Packing a 1.6GHz Atom Z2460 processor with 1GB of RAM and a 4.03-inch 1024 x 600 LCD display, the X900 promises 1080p Full HD video recording and the ability to shoot ten 8-megapixel photos in under a second. Still, it’s the processor that’s the most interesting thing, Intel’s first commercial attempt at taking on ARM in smartphones and, soon enough, tablets.

Intel has harbored mobile ambitions for several years, but until now its chips have been too power-hungry to cope with smartphone-scale batteries. The new Medfield Atom, however, promises up to 5hrs of 3G browsing, up to 45hrs of audio, or up to 8hrs of talktime.

The XOLO X900 is an interesting mixture of decent specs and merely mediocre ones. The display resolution is fair, as is the camera, but the Bluetooth 2.1 and clumsy design – not to mention Gingerbread OS, although an ICS OTA update is promised “shortly” – feel stale.

Otherwise there’s microUSB and micro HDMI connectivity, a front-facing 1.3-megapixel camera and 16GB of storage, along with twin microphones and stereo speakers. It’ll hit India next Monday, priced at INR 22000 ($424), with broader availability later in May.