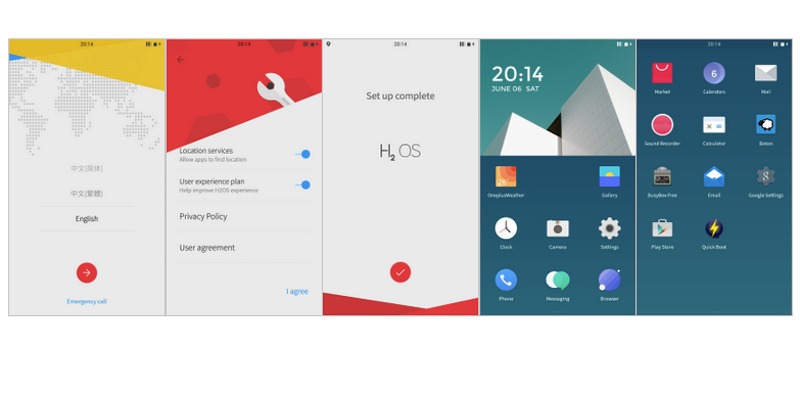 Hey OnePlus One fans, before you get excited about the impending arrival of the OnePlus Two, which by the way will be launched in a virtual reality event, you need to take a look at the updated Hydrogen OS first. Also known as Oxygen OS, this is an alternative ROM for OnePlus One users. Don’t be confused by the two because Hydrogen OS is simply the Chinese counterpart of the Oxygen OS.

We don’t know why there are two diffrent names but the Oxygen/Hydrogen is simply a redesign of a stock Android. Obviously, the aesthetics and animations are different but still somehow related to Aqua and Material Design. You can say it’s quite unique but others may not easily notice the differences.

The latest Hydrogen OS v4 has just been released. It still is in beta form but it should be ready by next month. No need to register if you’re trying the beta from this download link. You can expect enhanced wake-up gestures, major improvements, bug fixes, and faster performance of the OnePlus One once you update to the Hydrogen OS v4.

The download link was shared by XDA Senior Member natheux. It is highly recommended that you read the XDA threads first to know the risks before updating. So far, reviews have been positive so there’s nothing to worry about.