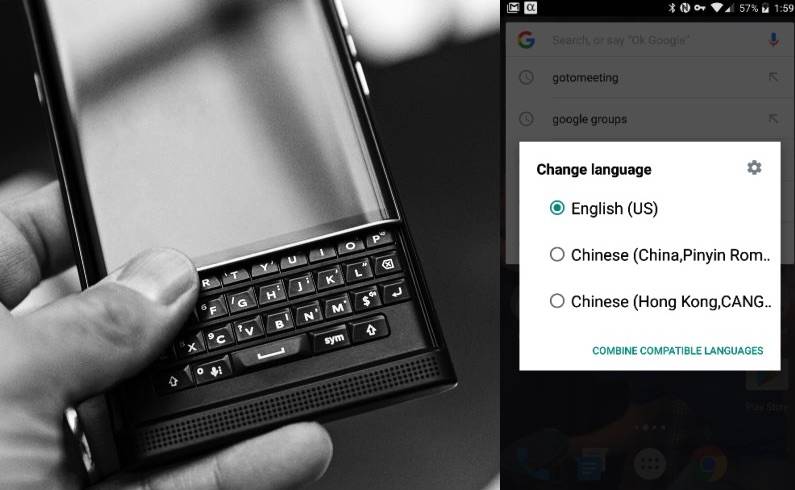 We’re impressed that BlackBerry is always in the news. Even before the DTEK50 Android phone was unveiled, several rumors and speculations have been heard related to the ailing company. It’s difficult to describe BlackBerry as “ailing” but sales of the PRIV aren’t really picking up as expected. However, we’re still hopeful that the new BlackBerry mid-range smartphone will pull the numbers up.

BlackBerry is doing everything in its power to ensure that its name is still always on our lips and in our newsfeed. What we like about the company is that it has remained committed in serving the consumers with highly secure, safe, and private devices by releasing monthly updates. As promised, such software updates are prepared regularly especially since Android is known for being not so secure. With the help of BlackBerry technology, Android can be free from possible attacks and vulnerabilities.

BlackBerry also released the BlackBerry Hub+ Services app that can be used on other Android phones running Marshmallow. With this app, more Android users can be worry-free. The BlackBerry Hub is the improved software suite for BlackBerry 10. Some enhancements on the Hub include the Pinch Filter which received major changes according to BlackBerry. The Pinch Filter can now be customized according to a user’s preference. There’s also Quick Send, Viber integration, Twitter refresh button, and more improvements on the WhatsApp program.

The latest software update also includes keyboard and camera enhancements. More languages have been added while the Quick Language Switch (long press on spacebar) makes it easy to change to a different language.

For the Chinese, support for Pinyin and Cangjie has been added to the virtual keyboard. Other keyboard enhancements include easier error corrections, access to learned words, currency key match, and smoother “I and “a” keypresses.

When it comes to camera and imaging, the recent software update enhances performance and now allows shutter triggers from outside. This means you can use a Bluetooth remote, keyboard keys, or a mic button to capture a photo. Video preview image capture is also now allowed while manual control settings can be easily accessed.

Some other improvements include those for the Calendar (invite and free/busy suggestions for Microsoft Exchange ActiveSync) plus Tag & Labels for Notes & Tasks.