ASUS may not be a big name in mobile phones but when it comes to laptops and Chromebooks, you can rely on this brand to give you several great choices. We’ve lost count of how many ASUS Chromebooks we’ve featured already but we have listed a few. The last one was the ASUS Chromebook C42 released back in October. The Taiwanese tech giant has just announced the new Chromebook Education Series that includes a pair of 11.6-inch Chromebooks, a Chrome OS tablet, and a bigger 14-inch clamshell convertible Chromebook.

The company is launching these new products especially for the education sector. Schools and students are the main targets because these devices offer great performance for productivity and creativity at such affordable prices.

A tablet also joins the series in the form of the ASUS Chromebook Tablet CT100. It arrives with a large 9.7-inch QXGA wide-angle touch-display screen. What’s impressive about this are the tamper-resistant and spill-resistant keyboard, all-around rubber bumpers, and durability.

ASUS promises these products will be released in the market soon. Definitely, the launch will be this year although there is no mention when exactly.

Let’s take a quick look at each new model from the ASUS Chromebook Education Series: 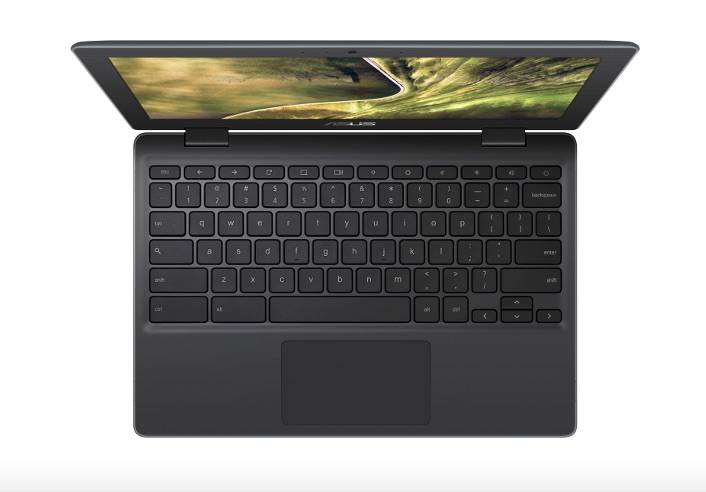 The ASUS Chromebook C204 is a touch variant that maintains the slim and lightweight look of its predecessor. It is easy to carry around because of the size and weight, thanks to the rubberized chassis. The thick bumpers allow the device to survive drops and shock. 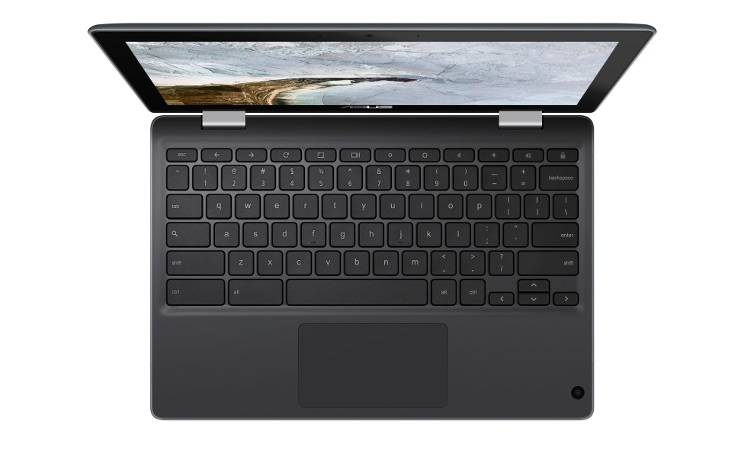 The ASUS Chromebook Flip C214 is a next-gen 2-in-1 convertible that follows the Flip C213 from last year. It’s a laptop and tablet in one that also accepts a stylus or pen input. The touchscreen display and the 360° hinge allow you to transform the notebook into a tablet. Of course, the stylus support helps the consumer to take advantage of the pen-based input technology. Other specs include a N4000 and optional N4100 Celeron chipset, 32GB onboard storage, 4GB RAM, MicroSD or USB Type-A support, two USB Type-C ports, and the standard connectivity options. 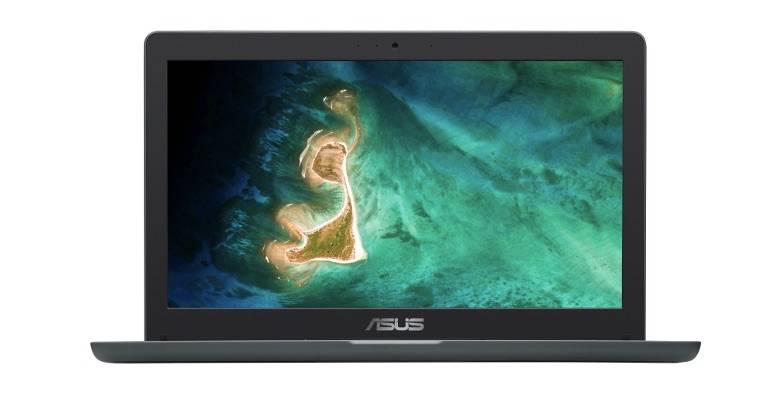 The ASUS Chromebook C403 is bigger with its 14-inch screen. It’s also ready for rugged use, thanks to its ultra-tough design just like the C204. The larger HD display allows for a bigger workspace or preview, making it ideal for graphic artists and content creators. It features a 180° hinge, matte coating, dual-core Intel CPU, and 4GB RAM.

You can take advantage of the G Suite’s many apps like Google Drive, Google Classroom, Google Docs, and Google Slides. 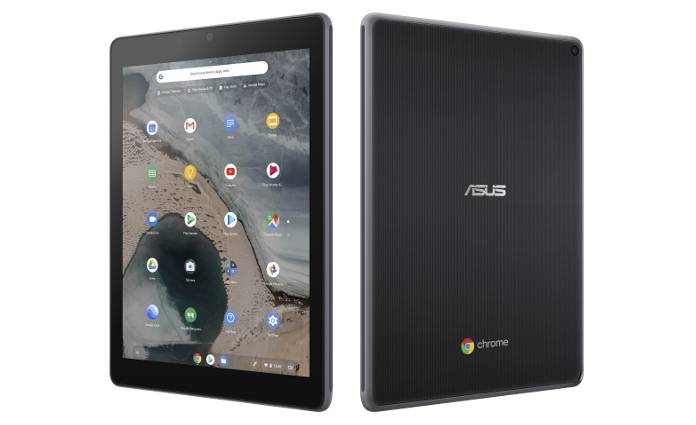 The ASUS Chromebook Tablet CT100 is a first from ASUS. It’s the first ever Chrome OS tablet from the company. It’s also a rugged tablet the kids can bring around anywhere whether in school, home, or while on vacation. It can survive drops and falls caused by clumsy little hands.