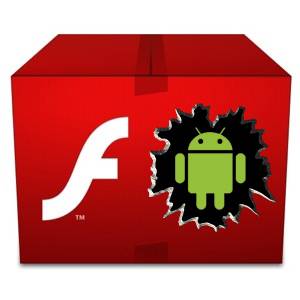 The critical zero day flaw in Adobe Flash which Adobe revealed this week has been confirmed to be able to target Android phones and devices. This is the second exploit in just a week that is currently able to infect the Android platform. So far this is proving to be a very widespread cross-platform vulnerability that is currently actively being exploited against Flash Player.

This critical flaw can infect a users handset and exploit it to crash the system. It also has the potential to allow the attacker to gain access and remotely control the device to execute addition malicious software that will further compromise the device.

Android is not the only device targeted, an Adobe spokesperson has sated that, “A critical vulnerability exists in Adobe Flash Player 10.1.82.76 and earlier versions for Windows, Macintosh, Linux, Solaris and Android operating systems. This vulnerability also affects Adobe Reader 9.3.4 for Windows, Macintosh and UNIX, and Adobe Acrobat 9.3.4 and earlier versions for Windows and Macintosh.” All of these platforms being potential targets make this exploit even more attractive for attackers to utilize so it’s best that you are alert with your mobile device, have a mobile security firewall or app, and finally be sure to update when one is provided.