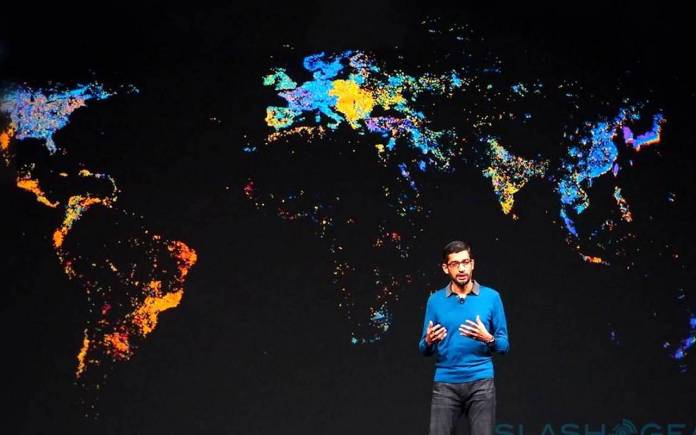 Back in 2013, we remember reporting Andy Rubin being out and Sundar Pichai going in. Google has been through a lot since that time with Pichai helping founders Larry Page and Sergey Brin in many ways. Today, we were surprised to know, although in a good way, that Page and Brin are stepping down as CEOs. With them leaving their posts, Pichai comes in further as CEO of both Google and its parent company, Alphabet. A letter from the founders was earlier posted on ‘The Keyword’ and now we’re all eyes and ears.

Page and Brin started the letter by sharing how they began their previous founders’ letters sent out in 2004. They shared a bit how “Google is not a conventional company”. They retold how the company evolved in 2015 into Alphabet–a new holding company where we saw Pichai as the new Google CEO.

Since then, the founders can say Alphabet is well-established with Google and other companies operating independently and effectively. It’s time for the executives to simplify management. From having two CEOs and a President, Alphabet and Google will now have Sunday Pichar as CEO of both Alphabet and Google. That makes him the man of the hour.

The founders believe Pixar can run the company responsibly. He will manage the investments of Alphabet and be accountable to lead Google. Brin and Page will remain as co-founders, Board members, and shareholders. The two definitely trust Sundar as he “brings humility and a deep passion for technology” to everyone in Alphabet and Google for the past 15 years.

Google has been around for over two decades. Since 1998, it has grown into the tech giant it is now. It’s not just a search giant. It’s a big tech company that ventures into many businesses.

Sundar Pichai’s responsibilities will be doubled but we’re pretty sure he can handle them. Page and Brin have much confidence in the guy. Of course, the two will still be present so there’s nothing to worry about.