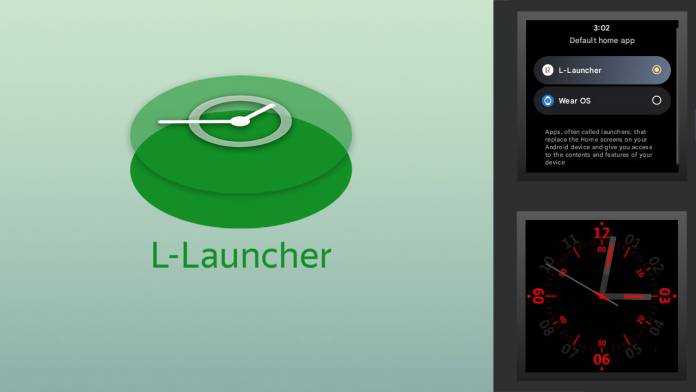 Android operating system has been around for a couple of decades proving its mettle – virtually having the lion’s share of the market. Many of you would not know, it first started off as software for digital cameras and then later on for smartphones. The next big leap came in the form of smart devices. Currently, the operating system runs on a plethora of devices such as smart TVs and home appliances which come with optimized launcher apps.

However, that’s not the case with smartwatches, since most of the non-Wear OS watches don’t have a very polished interface or functions for the launchers. It is partly attributed to the fact that most brands don’t go for the Google Wear OS ecosystem and have to rely on third-party solutions that aren’t much to talk about.

This predicament is solved now, as developer LineR has created a launcher for non-Wear OS smartwatches, and it is way better than other options. As seen from the video of the launcher in action, it gets a Wear OS-like tray-based navigation system and configurable tiles that can be added on the watch face either to the left or right.

According to XDA Developers, the Launcher was in the works for more than two years now, and the current release version, the pre-alpha v0.0.3 has many features worth the attention. Things like the weather tile, notifications, and app drawer.

The L-Launcher first tipped by Mishaal Rahman, supports a good library of watch faces which will enhance the user experience immensely. A welcome surprise for non-Wear smartwatches which only had a handful of pre-loaded watch faces.

Developer has added support to the launcher for both round and square smartwatches running ARM/ARM64 chipset. For now, the face selection feature is not available and is expected to land in the coming updates. To catch all the latest action pertaining to the L-Launcher head over to the support thread.