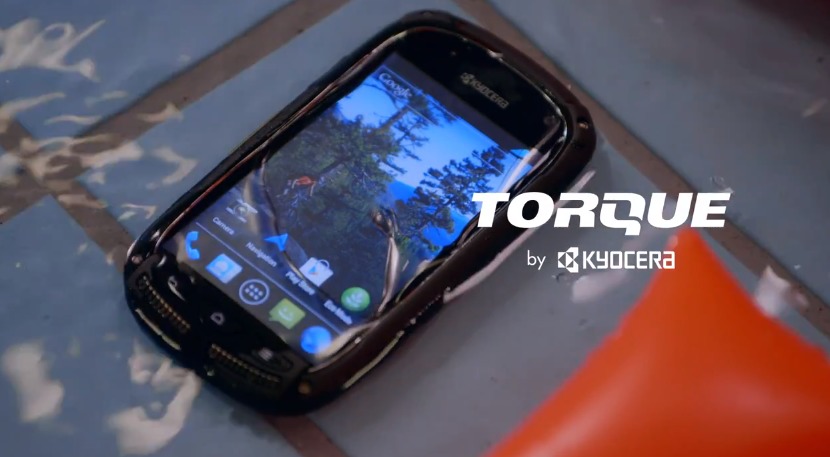 If you’re one of those guys looking for a rugged and durable smartphone but still want all the daily features like 4G LTE and a quality handset, the folks from Kyocera think they have what it takes with the new Kyocera Torque. It was announced this week for the Now Network complete with 4G LTE, and they’ve even acquired the always amusing Bear Grylls to show off its potential.

Kyocera has introduced a rather mid-range smartphone although at least you’ll be enjoying a 4-inch 480 x 800 resolution display and Android 4.0 Ice Cream Sandwich. Jelly Bean should also arrive in an update shortly according to their PR. The rest leave a little to be desired however. The resolution is low, but it’s powered by a 1.2 GHz dual-core Qualcomm Snapdragon processor, 1GB of RAM, a decent 5 megapixel camera, and happily a 2,500 mAh battery under the hood.

Complete with 4G LTE, this phone has a rugged and durable design that is crush proof, water resistant and can be submerged for over 30 minutes without fail, shock absorbent, and can handle weather conditions hitting -22 degrees. It’s no wonder they chose the one and only Bear Grylls to be the new Kyocera Torque spokesman. Showing how it can handle the crazy days, and even the casual day at the pool with the kids. Check it out:

Wasn’t that just fun? I sure do miss his Man vs Wild episodes, they were always a fun time. Back to the phone, the Torque is built to Military Standard 810G, a first for a touchscreen smartphone. It also uses the Now Networks new 4G LTE as well as push-to-talk features, and will be available March 8th for $99. Who’s interested?