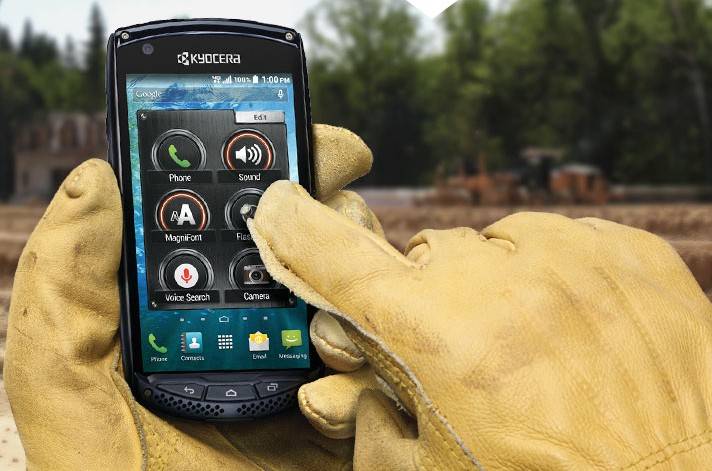 While most Android fans are clamoring to get a taste of Android 5.0 Lollipop on their phones or tablets, there are still people who would be content to simply have new Android KitKat phones. Kyocera didn’t even have to wait for next week to show off the new Kyocera DuraScout E6782 at the Mobile World Congress. The company has just announced the phone with specs are good enough for an affordable unit if you want the basic smartphone functions.

This particular Kyocera smartphone is ready for rough and tough use because it can resist, impact, vibration, blowing rain, extreme temperatures, solar radiation, moisture, salt fog, water immersion, and humidity. Phone is compliant with MIL-810G standards. Making this a winner is the fact that you can use the touchscreen even when screen is wet or with gloves.

No information on pricing yet but phone will be sold in most North American markets.