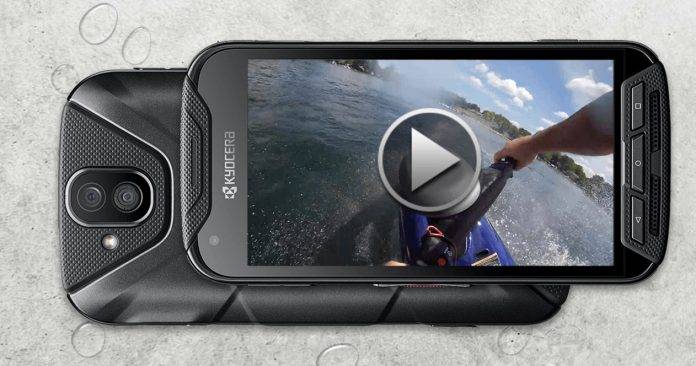 If you’ve been thinking of getting an action camera for when you travel and do extreme sports or something, but the idea of lugging around another gadget isn’t that attractive, then maybe you should look for a smartphone that can also function as an action camera. Kyocera, which has made a name in tough-looking mobile solutions, has that kind of device for you with its new DuraForce PRO, the first rugged smartphone with a Super Wide View HD Action Camera.

Aside from being waterproof, dustproof, shockproof, dropproof and its all around ruggedness, the DuraForce PRO also gives both business users and ordinary, adventure loving consumers the ability to have a smartphone that can offer camera features that were once just for those action cameras like GoPro. But now you’ll be able to use the phone for adventures like underwater diving, parkouring, skateboarding, surfing, and even just going out in tough environments and offering a wide-angle perspective. Its enhanced camera features include various modes and filter applications, including underwater mode, sports mode, slow motion, time lapse, etc. 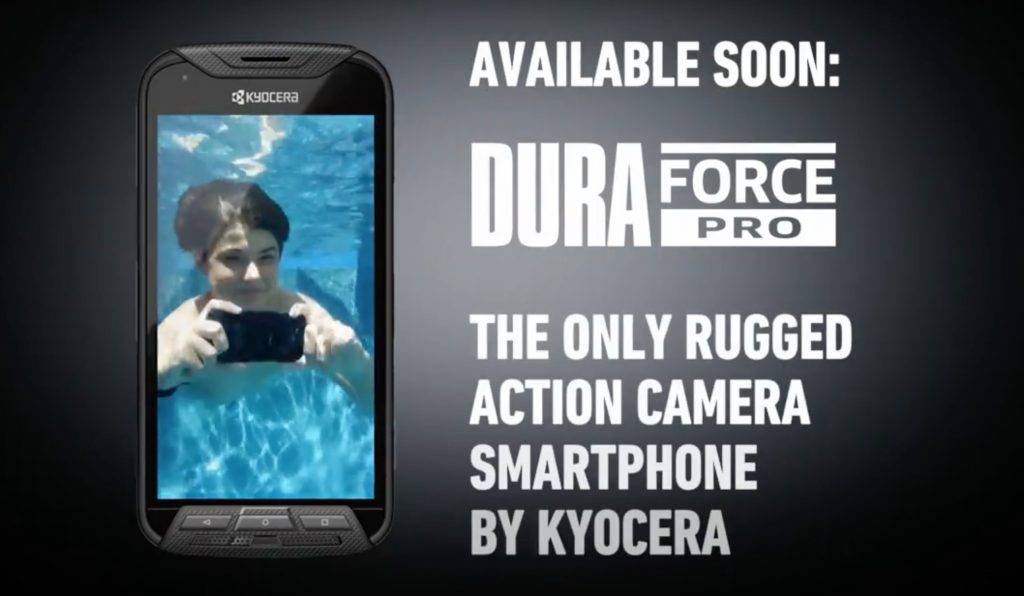 The DuraForce PRO has a 5-inch 1080p display and is powered by an octa-core Qualcomm Snapdragon processor. It has 2GB RAM, which could have been better, a 32GB internal storage, a 3240mAh non-removable battery, and dual front speakers for noisy environments. It also has a fingerprint sensor at the home button and a Glove and Wet Touchscreen Operation so you can still use it even when wet or with gloved hands.

The Kyocera DuraForce PRO will be available this fall, but they haven’t given a specific time frame yet. We also don’t know how much it will cost, but you can expect mid to high range given its features, particularly all the -proofs and toughness that Kyocera brings to its rugged smartphones.