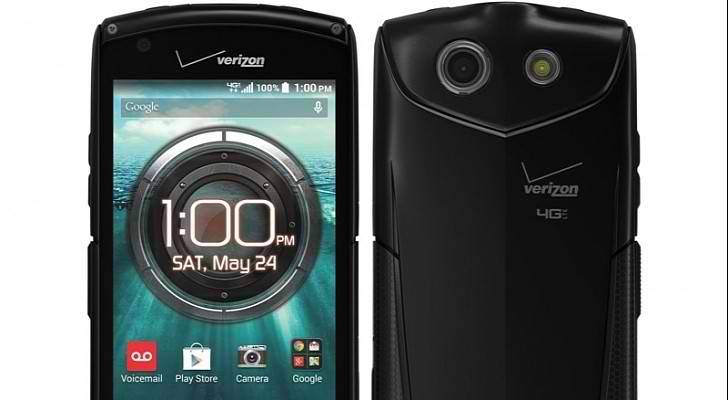 With rumours swirling about that the new iPhone will be using sapphire crystal glass for its display screen among others, it seems that another OEM has gotten ahead of them. Verizon has officially announced that the Kyocera Brigadier, which has the sought after Sapphire Shield, is now available exclusively with the carrier.

While the Japanese brand may not be at the forefront of mobile devices, Kyocera released a teaser video a few days ago showing just how tough the sapphire display really is. The Brigadier specs are not on par with most new Android phones now, but it is pretty decent. It has a 4.5-inch screen with a 720p display, 2GB of RAM, 16GB of internal storage, and runs on a 1.4GHz quad core SOC.

But remember that Kyocera manufactures smartphones that are for rough terrain and this one is no different as it has a lot of great ruggedisation features. It has IP68 dust and water resistance and can be submerged up to 30 minutes in six feet of water without suffering any damage. It is US MIL-STD-810G-rated which means it has protection against several environmental conditions like strong vibration and temperature extremes. But of course everyone is looking forward to the Sapphire Shield, which is “virtually scratchproof” and can even survive if you drop it screen-first onto rocks below.

Verizon is offering the Brigadier at $99 under a 2-year agreement and at $19.99/month if you want to split it into 20 payments. The price is not bad, despite the aforementioned simple specs, since you could expect to keep the phone for years due to its “rugged good looks”.