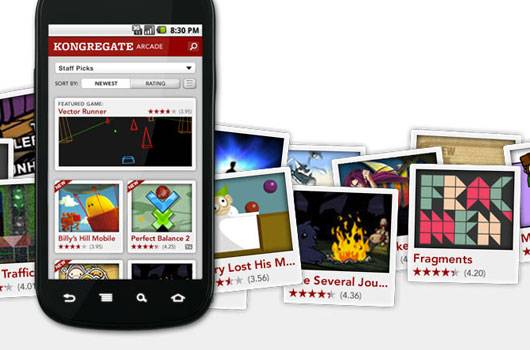 Just a week ago Kongregate Arcade appeared on the Android Market. In an unusual move from Google, the application was pulled the very same day due to issues with the application offering up what seemed to be application downloads. Now the app has been resubmitted with some changes in hope of Google approval.

The new application has some subtle, yet crucial, changes. First, the address bar in the browser is now visible when an application first loads, then jumps to full screen, “which is a standard feature of Flash.” Second, Kongregate Arcade will now use the standard browser cache instead of the SD card to store its offline files.