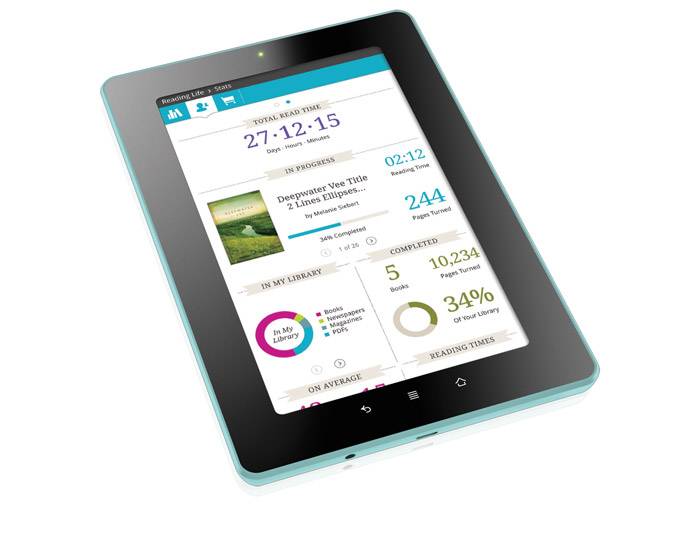 Between Barnes & Noble and Amazon, you’d be forgiven for forgetting the Kobo line of e-readers, but the company has just presented a compelling reason not to. The Kobo Vox is Kobo’s take on a tablet/reader, a la the Nook Color or Kindle Fire, and like the latter it starts at just $199.99. Unlike the Fire, it’s shipping out this month.

In a bit of convergent gadget evolution (Kobo must have been working on the Vox for months), the tablet features a lot of the same specifications as the Kindle Fire. It’s got a similar 7-inch, 1024 x 600 screen, and it also runs a heavily skinned version of Android 2.3 Gingerbread. An 800MHz processor and 512MB of RAM isn’t exactly screaming fast, but it’ll do for reading books from the Kobo bookstore and some light web browsing. Like most of its competitors the Vox doesn’t use Google apps or the Android market, but the product page lists “over 15,000 free apps for Android!” so presumably there’s some kind of app store included.

Storage is limited to 8GB, but there’s a user-accessible MicroSD card slot for expansion. Unlike the Kindle Fire, which comes in any color you want so long as you want black, the Kobo Vox is available in black, hot pink, ice blue and lime green. You can order today, and the tablets will begin shipping on the 28th of this month. With the Kindle Fire getting a lot of press and hundreds of thousands of pre-orders, the Vox might just make an acceptable substitution if supplies get tight around the holidays.