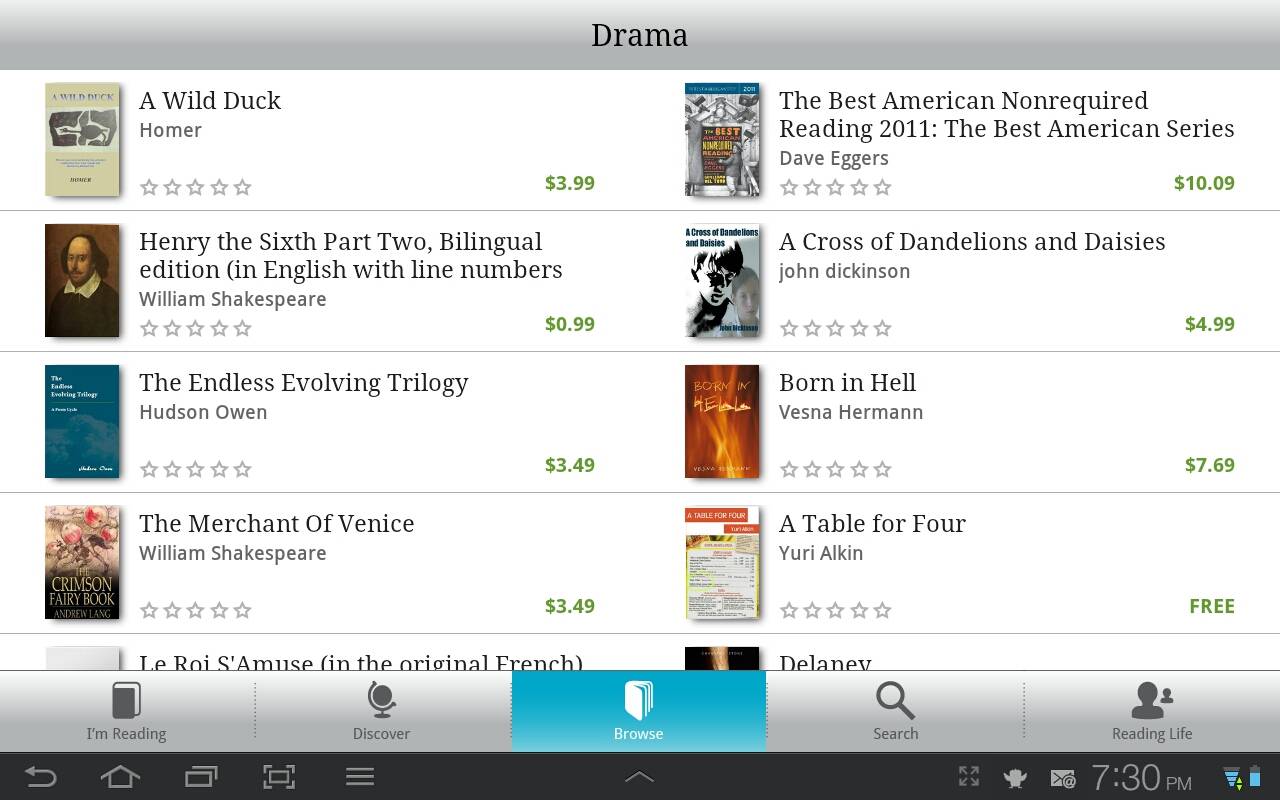 If you’re reading this and you’re an avid e-book reader, odds are overwhelming that you use either the Kindle or Nook apps to do so on your Android device. But also-ran Kobo is making a case for itself with the fourth version of its Android e-reader app, available today in the Google Play Store. Like its counterparts, you don’t need a Kobo device to use the app – it’s good to go on any Android smartphone or tablet.

And the tablet form factor is where the new app really shines. While the older app just scaled up the interface for larger screens, as most apps designed for Gingerbread or lower devices do, the new one has a dynamic bookshelf that works well on all different resolutions and densities. (It’s kind of like the Netflix app, which works across resolutions in a similar way.) Performance enhancements should make the app feel faster, and you finally get the ability to create multiple bookmarks.

Of course you can’t have any sort of service these days without making it social, which is why Kobo added sharing directly to your Facebook wall. You know, in case you really, really want everyone to know you’re reading The Host. Kobo’s selection still leaves a lot to be desired, but they’re definitely moving in the right direction.