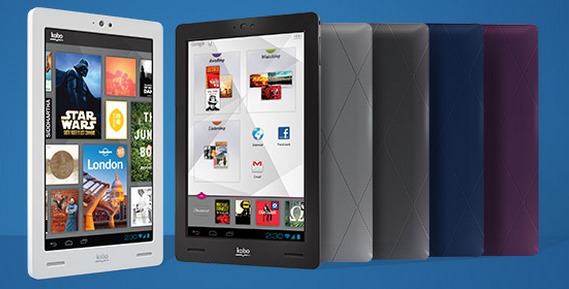 If you’re in the market for an e-reader and want something with beefed-up storage space, the Kobo Arc may be your solution. The company announced the Arc tablet earlier this month and now it has announced that it will be hitting store shelves in November. The Arc will support up to 64GB of storage, which is quite a lot of storage for such a small tablet. While you could easily match that with your Nook Tablet using an SD card, the Kobo Arc is one of the few e-readers that comes packing with 64GB of built-in storage.

Of course, Kobo hasn’t really been a true contender in the e-reader battle. Barnes & Noble and Amazon have mostly been dominating the spectrum with their respective Nook and Kindle devices. Then again, Kobo has never really had a large ecosystem of content to provide its users, which is one thing that Amazon is doing a fantastic job at. Kobo tablets are certainly respectable, but the content just isn’t there.

The company is planning to bring Jelly Bean to the Arc, but has not set a roll-out date yet. And while there’s no word on a root for the Kobo Arc, it probably won’t take a lot of time at all for testers and developers to find their way to a root. The Arc could certainly benefit from one, since it has some respectable hardware under the hood with Jelly Bean coming in the future.