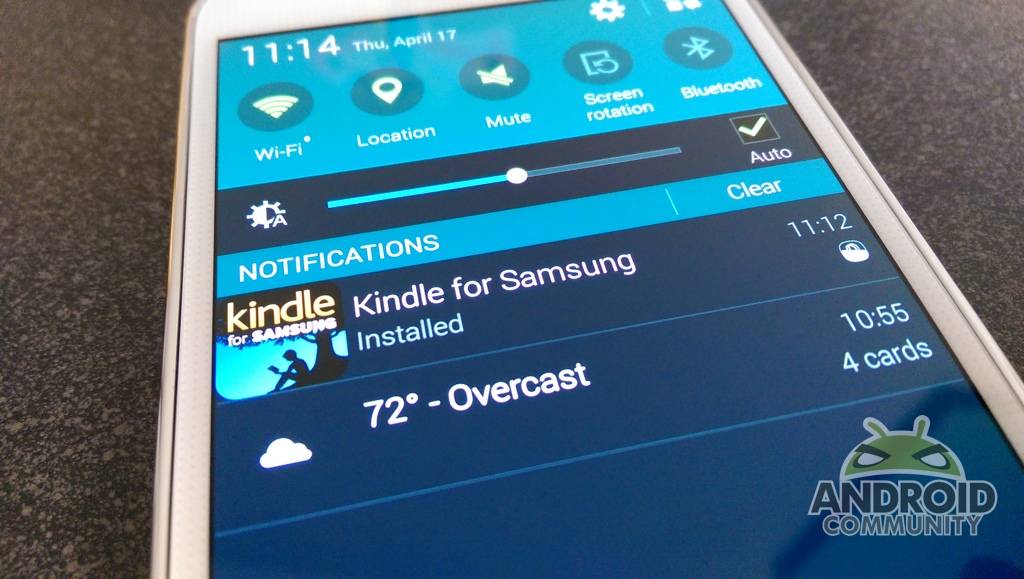 Samsung has announced a new partnership with Amazon. This will bring the launch of “Kindle for Samsung” which is described as being a custom-built eBook service. Along with access to millions of books, the launch will also allow users to get up to 12 free books per year through something called Samsung Book Deals.

First things first though, Kindle for Samsung will be launching in April for those carrying a Galaxy S5. In fact, Galaxy S5 users can already download the app from Samsung Apps, just look in the Galaxy Gifts section. The app will also be coming to other Samsung devices running Android 4.0 or later.

Shifting back to the 12 free books per year. This comes as part of the Samsung Book Deals offering and means users will be picking one title per month. To further that, the one title you pick will need to come from a pre-selected group of four. Basically, once a month the Kindle for Samsung app will show you four books and you get to pick on for free.

Samsung has yet to offer a complete set of details on how those four books are picked, but this makes us think of Kindle First, which is an offer available for Prime members. Otherwise, the Kindle for Samsung app will offer what one would expect from an Amazon Kindle app. That is to say users will be able to buy books, read books and also get features such as Whispersync.