What is the best tablet for gaming? That’s subjective, of course, but a new study shows it may not be the device you think. While most still turn to iOS for gaming, the Android realm is catching up quickly. While we focus on tablets like the Nexus 7, we’re way off base. In fact, we’re not even acknowledging the people’s choice.

A recent survey by the IDC and App Annie shows that when it comes to Android, the Kindle Fire is the favorite tablet for gaming. In fact, it trumps dedicated mobile gaming devices like Nintendo’s 3DS series. It also takes the cake over the PS Vita, and cobbled together “other” category. The Kindle Fire tablet lineup also handily beats all other Android tablets combined.

This study was taken during the third quarter of 2013, and is comprised of a sampling of 1,117 respondents. Over 10% voted for the Kindle Fire as their favorite gaming device, which is about 120-130 people. This survey was also US only, and we can’t be sure who was actually targeted for this particular Q&A. While the survey breaks the Kindle Fire from the rest, it is Android, so we’re considering it as such here. 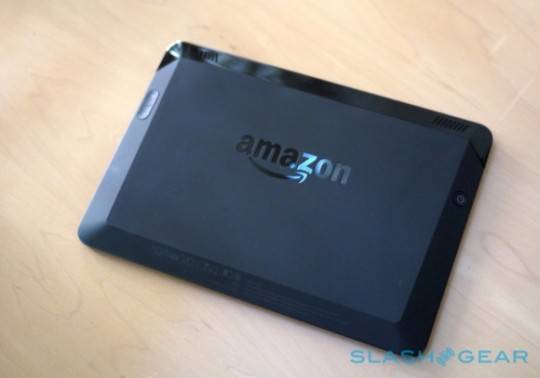 Where the Kindle series doesn’t win out is Android smartphones, which use their widespread adoption to take the Android gaming throne. When it comes to Android gaming, smartphones beat all tablets combined. You could even toss the PS Vita in the mix, and Android smartphones would still win. With the increased size of Android evices recently, the use case for tablets is slipping away in regard to gaming.

While iOS still reigns supreme, Android is catching up as a gaming platform. We were surprised to see the iPod touch with so many votes, even in such a small sampling. The real issue is that the App Store still remains more profitable for Developers, meaning the choices elsewhere are better. With the limited availability of in-depth games on the Amazon App Store, we are going to assume the audience was fond of time wasters and simple puzzle games as well.